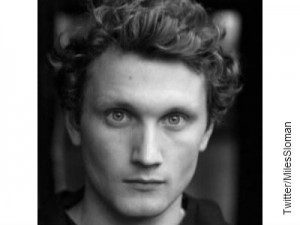 No one knows much about Miles Sloman, the actor who is playing David in the highly anticipated ‘David and Goliath’ film that releases in theaters nationwide April 3, 2015.

Sloman is a young Cornish immigrant who attended the prestigious Oxford School of Drama. Sloman had minor roles in various TV series in Great Britain but his big break came in 2014 when he beat out an estimated 7,000 actors for the role as David in Timothy Chey’s production of ‘David and Goliath.”

The story of David and Goliath is considered as one of the most powerful and beloved Bible stories. The film is rumored to focus on the early life of David who fought against the Philistine giant, Goliath, against all odds. The film will release during the perfect time whereas Hollywood is embracing faith-based films with open arms and stirring up quite the buzz. Critics and media streams are considering David and Goliath to be the last of the three big Bible stories to hit theaters – Noah and Exodus: Gods and Kings received a lot of criticism from faith-based outlets and audiences around the world, one can only assume that the same will be received for the David and Goliath release.

Audiences everywhere will await to see Sloman take on the role as David and witness the impossible fight. Click here to watch the official trailer depicting the impossible true story and faith that is David.