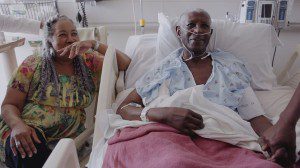 Showtime will air part five of their six-part new documentary series – “Time of Death” on Friday, November 29, 2013. In episode five Maria, Laura and Brad deal with death as their families cope with the inevitable.

Maria’s children, Julia and Andrew, are living in foster care. While the home front is now quiet, Maria still fights to make sure her children understand how much she loves them. Nicole, Maria’s eldest daughter, serves as the mediator and is fighting to maintain the connection between her family.

Laura is battling phase IV metastatic cancer and a cross-country move with her daughter by her side. “I want to be a blessing to people,” said Laura.

Brad, 77, has come to terms with congestive heart failure, as his wife of 49 years stands by his side. Marrying Verda was the “best thing I ever did,” said Brad. His daughters support their father and believe that they are a close-knit family because of him. “Perhaps I can be great because I have his genetics,” said his daughter. In the end, Brad gets his final wish granted. 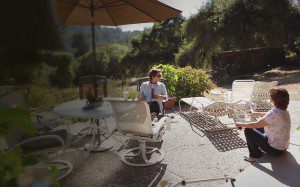