A skate boarder empowers kids, a green musician is honored and a movie star spits for a good cause. Here are this week’s most inspirational pop culture moments.

Skateboarder extraordinaire Tony Hawk sat down with the good folks at Tonic this week to talk about his charitable organization and how he helps empower kids in all kinds of neighborhoods nationwide. The Tony Hawk Foundation has helped to build close to 500 skate parks in almost all 50 states and has awarded almost $4 million in grants.

Hawk does not go out on the prowl in search of places to build the parks, instead he finds groups who have already started down the rode of getting a project going and brings in more kids to see the park through to fruition. He stated, “My foundation is set up to empower the groups that have already started the process… We’d much rather have them feel like they were part of the process or that they’re the ones who did it and we’re just endorsing it.”

He continued, “We see the kids feeling a sense of empowerment because they had something to do with getting it built. Those are the ones that are most inspiring, when I got to a skate park opening and I see how elated they are that they feel like they were a part of the process.”

A Green Musician Is Honored by National Geographic

Musician Jack Johnson was honored this week with an “Arts Ambassador for the Environment Award” at the National Geographic Evening of Exploration. Johnson has been a longstanding advocate for green initiatives. The NatGeo website says the newly established award is given “to an individual in the entertainment field who has demonstrated leadership in environmental and cultural conservation by elevating issues of sustainability and inspiring audiences to care about the planet.”

Johnson has not one but two organizations dedicated to eco-learning — the Kokua Hawaii Foundation provides environmental education in Hawaii’s schools and the Johnson Ohana Charitable Foundation supports worldwide green awareness through art and music. The second charity was established after Johnson donated 100% of the profits from his 2008 tour as an endowment to start it. He is also donating 100% of the profits from his 2010 “To the Sea” tour to charity.

During his time, Johnson encouraged reusable water bottles, composting and recycling for his crew and his audience. He also met with people in over 220 communities along his tour route to start plastic-free initiatives and discuss the use of sustainable local food sources. National Geographic chairman John Fahey said that Johnson’s “passion inspires all of us to care about the planet.”

Elijah Wood Spits for a Good Cause

Actor Elijah Wood is out on the talk show circuit promoting his new show “Wilfred,” a comedy about a depressed guy who is the only one who can talk to his neighbor’s dog and sees him as a dude in a dog suit. But the happy-go-lucky star is very different from his onscreen role.

In a recent interview Wood described his onscreen alter ego, Ryan. “He’s a broken individual. He’s someone that hasn’t really busted out of himself to live freely and to live with confidence and to define himself, and ultimately that’s where Wilfred arrives. He arrives in that moment of crisis to push Ryan outside of the self-imposed and family-imposed boundaries that have been created around him.”

Luckily for the “Lord of the Rings” star, his character doesn’t seem to be rubbing off on him. He remarked, “I certainly haven’t picked up any of Ryan’s bad habits. Ryan and I are very different, thankfully. I’m a lot more pulled together than Ryan is.”

In real life, Wood is also a pretty nice guy. While on Conan O’Brien’s late night talk show this week, he chatted about an interesting charitable art project that he was involved with. During Awards time in Hollywood, Wood was one of a handful of famous people who donated their saliva to make some interesting artwork for DNA 11 for Charity.

The celebrity samples were turned into high tech paintings by the company DNA PortraitsTM. They have an ongoing philanthropic initiative. Interested stars just have to follow a simple process according to the business’ website:

3.         Celebrity artwork is auctioned off to the highest bidder.

The money raised from Wood’s crimson genetic graphic went to The Art of Elysium, whose mission, according to their Facebook page, is “enriching the lives of artists and critically ill children.” 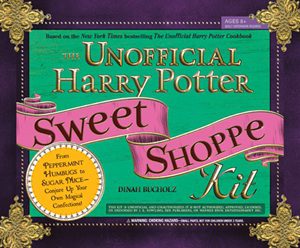