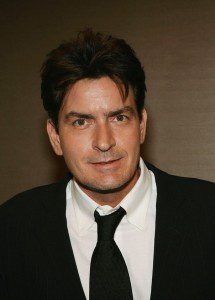 As the Charlie Sheen media circus goes back into full swing with reports coming out of his stand-up show in Detroit this weekend  that  the show was a mess and he was booed by fans, his father Martin Sheen breaks his silence  about his son’s behavior and what it is like to watch the chaos from the sidelines.

As  Martin Sheen promoted his film “The Way”about the troubled relationship of a father and son that is directed by another of Sheen’s children, Emilio Estevez, he talked about his own past addictions and his hopes for Charlie to pull out of  his latest episode of erratic behavior. “Faith can help all of us. Addiction is the dark side. It’s a reflection of despair.” Sheen has also said that he and his   family members  lift Charlie up in prayer, even as Charlie has said publicly he is not interested in his family’s help.

I am excited about  the Eztevez/Sheen project and it’s message of redemption,  and I  know that every time I hear another soundbyte about Charlie’s antics, my mind goes to his father and brother and I lift them in prayer as well.

read next post
Our Favorite April Fool's Jokes!
archives most recent
More from Beliefnet and our partners
previous posts