It’s not as if the tv networks can stem the tide of the onslaught that is social networking media, so one network has decided to give in and use social media to their advantage . CBS will begin “tweet week” this weekend. What that means for fans is that actors, sports commentators – even series writers- will be tweeting live during the broadcast of their respective shows and fans can interact with them for the first time via twitter feed.

Actually, CBS has already started this tweeting trend with this week’s epsiode of  “The Good Wife”  in which the writing staff tweeted their thoughts during Tuesday night’s episode.   I know this because I was gleefully a part of the conversation abfter hearing about the twitter feed from one of the writing staff.

I have no doubt this will become a trend that other networks will use to keep viewers from drifting away into the land of computer games, viral videos, and on demand viewing. It’s perhaps the only way left for networks to try to create “must see” tv. 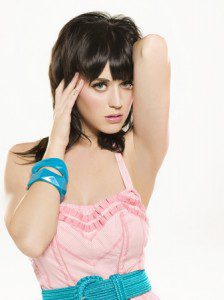 Katy Perry's Mom Tells All In New Book?
archives most recent
More from Beliefnet and our partners
previous posts