By Amy & Nancy Harrington, Pop Culture Passionistas
This week celebrities a rapper got swabbed, some “Real Housewives” showed they have heart, and a talk show legend made some big donations (posthumously). Here are this week’s most inspirational pop culture moments.
50 Cent Steps Up To Donate Bone Marrow
50 Cent might have a reputation as a tough guy rapper, but he recently exposed his softer side by coming to the aid of a young girl in need and encouraging others to do the same. When 50 heard that 11-year-old Shannon Tavarez, a young actress appearing on Broadway in “The Lion King,” was in need of a bone marrow transplant to save her life, the rapper went to get tested to see if he was a match.

Then he took it a step further, he made a video urging others to “get swabbed.” A simple test taking a cheek swab from potential donors reveals if they match anyone in need of a transplant. The video also revealed that donating bone marrow is an outpatient procedure that only takes a few hours and anesthesia prevents the donor from feeling any pain.
DKMS is the largest bone-marrow transplant donor center, and on their website, Tavarez commented, “If I wasn’t in this situation, if I would look at someone else, and if I was old enough to actually get swabbed and donate my bone marrow, I would definitely go for it because I want to make a difference and help other kids. This battle is a tough one, but I’m going to get through it.”
As 50 Cent said, “Yes it’s a commitment, but imagine. You can save someone’s life.”
Register with DKMS at getswabbed.com and get added to the Be The Match Registry.
These Real Housewives Have a Heart
Sure, a lot is being made about the fact that the White House Party Crashers, Michaele and Tareq Salahi are on this season of “The Real Housewives of D.C.” And, no doubt, viewers can expect the requisite amount of drama that’s become synonymous with Bravo’s franchise. But there’s some good do be done on this season amidst the usual craziness.
At least two of the five “Housewives” have charities, and they’re using the show to help spread the word about their causes. In a recent interview, Stacie Scott Turner and Mary Schmidt Amons talked about the organizations near and dear to their hearts.
Extra-Ordinary Life originated from a very personal place for Turner. She explained, “I was adopted out of foster care when I was six months old and so I consider myself one of the lucky ones.”
But she knows that’s not true for everyone. She continued, “Meanwhile… there are over 2,000 teen women that are age 13 to 18 who are in D.C. foster care, who don’t have homes and don’t have parents. So I started Extra-Ordinary Life because I wanted to do something for them and provide them with exposure to people and places and things that could help them turn around their lives and really make a difference and that despite their challenging circumstance.”
She gives her own time and is really involved with the organization. She told us, “This past July… I took eight foster girls to South Africa during the World Cup. And it was just the most amazing journey for them as they got to see the country, learn about the culture, and the people and the World Cup was going on which was just a side product. But these girls just really blossomed and were able to see that the world really is their oyster and all things are possible.”
It’s in co-star Schmidt Amons’ blood to give back. She divulged her past experience, “I did a lot of volunteer work as a young girl with my dad’s charity. And so I come from a legacy of giving back to the community. And my dad started a charity back in the ’70s in the name of Coach Lombardi and has raised a lot of money over the years for cancer research.”
So she combined her passion for giving with a love of couture when founding Labels for Love, Inc. in 2006. She revealed her motivation, “I wanted to start to create some interesting opportunities in D.C. to raise money. And so I have a passion for fashion. And I feel like D.C. is on the up and up as far as culture and fashion and I think we’re constantly evolving. So I wanted… to marry the two approaches, to raise money for women’s and children’s organizations here locally and create some interesting and unique events to D.C.”
Heeeeere’s Johnny’s Cash
It was recently discovered that Johnny Carson left a substantial amount of money to charity after his death in 2005. According to The Smoking Gun, Carson posthumously donated to numerous charities including $4 million to the Children’s Hospital of Los Angeles, $100,000 to the Los Angeles Free Clinic, and $125,000 to Planned Parenthood.
Tax returns show the John W. Carson Foundation received $156 million from the John W. Carson Trust, which the entertainer established in 1988. These funds are earmarked to over 70 different charities.
According to old tax returns filed before Johnny’s death, the late night host was always philanthropic but never to the extent of these recent donations. This recent revelation makes Carson the front-runner in the world of celebrity charities, giving Bill Gates, Warren Buffet, and the other billionaire do-gooders a run for their charitable money.
read next post 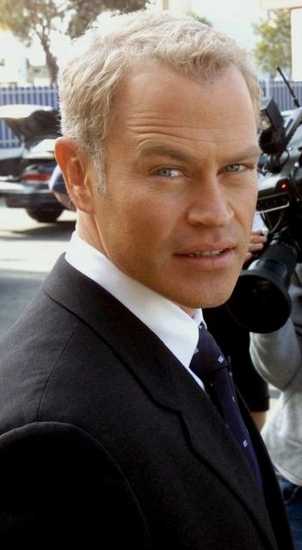