Cameron Dives Deep for Birthday, Plants Trees for the World 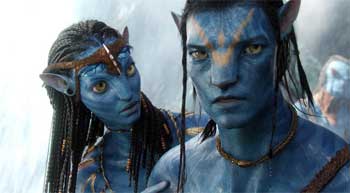 When you’re James Cameron, famed director of the overwhelming 3-D Imax cinematic experience that most of America knows as Avatar, you’d think that all your creative ideas go into movies, not birthday parties. But you’d be wrong – Cameron’s planning to dive deep today, on his 56th birthday, and let’s just say clowns will not be involved:

The writer and director of “Avatar” says he’ll celebrate his 56th birthday Monday deep beneath Russia’s Lake Baikal. Cameron will be in a submersible about 5,200 feet (1,600 meters) from the surface of the world’s oldest and deepest freshwater lake — “unless it’s bad weather, in which case I’ll be getting drunk with the Russian crew in the port.”

A good director always has a backup plan.
Previously, Cameron pledged to plant one million trees in 15 countries to aid in reforesting the world. He started by planting in Brazil in April, and plans for the US include planting in New York, San Francisco, and Los Angeles.
Plus, fans of “Entourage” will remember that the show’s incarnation (or avatar, if you wish) of Cameron was similarly obsessed with underwater life, creating a big-screen version of “Aquaman.”