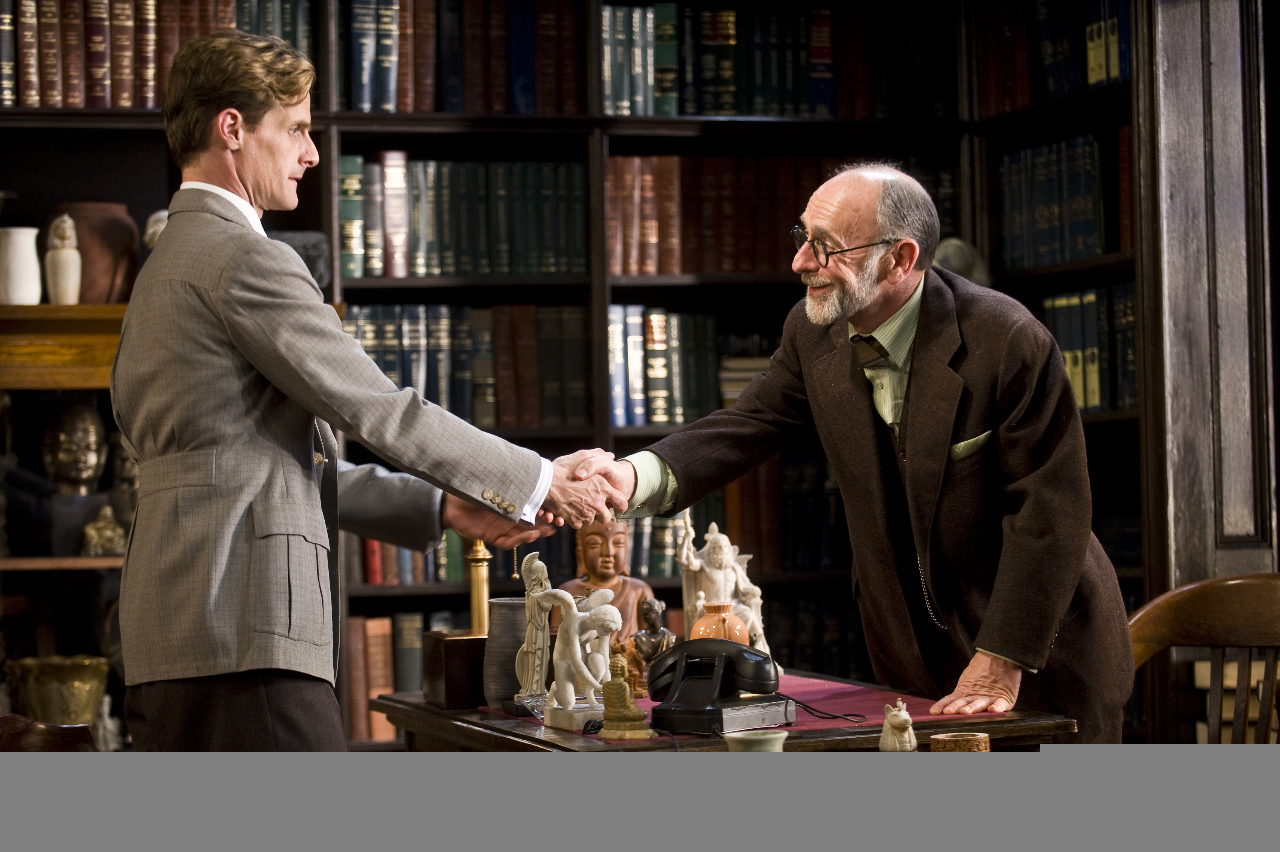 Hollywood may be slow in developing C.S. Lewis’s other, non-Narnian works, but the New York stage – an often unforgiving place to try something new- is embracing Lewis’s work in not one, but two different plays running off-Broadway right now. A stage adaptation of “The Screwtape Letters” has been playing in New York since May , has extended its run twice. “Freud’s Last Session” is not based on a Lewis work, but is a razor-sharp and witty imaginary encounter between a young Lewis and a dying Freud and has recently opened for a limited run. I had the pleasure of seeing both productions recently and recommend both of them highly if you have the opportunity to see them.

“Freud’s Last Session” was inspired by the book by Dr. Armand M. Nicholi Jr., “The Question of God” in which there is a brief mention that before Freud killed himself – he wanted to end an agonizing bout with cancer – he had a meeting with an Oxford scholar.
No one knows for sure that the scholar was Lewis, but the play has some fun with speculating that Lewis is called to Freud’s home to answer for some fun Lewis had at Frued’s expense in one of Lewis’s writings. What ensues instead is a lively debate about God, sex, and politics, with neither man coming out the clear winner in the exchange.

“Screwtape” is adapted directly from the book of the same name and the production has the Lewis Estate’s seal of approval. It is a light-hearted yet thought-provoking look at hell – not an easy combination to pull off. The play captures Lewis’s insight about human nature while also having some over-the-top, scenery-chomping fun from actor Max McLean as Screwtape who relishes torturing his minion Toadpipe. Like “Freud”, the production keeps up a breezy pace and doesn’t get too weighed down by Lewis’s deeply theological text, yet doesn’t do a disservice to it either.
As a devout theater geek, I am hopeful both of these shows will serve as models for a better intersection of faith and drama, and not just in New York. Neither show is marketing itself solely to a specifically Christian audience and in the case of “Freud,” the production is a mix on Christians and non-Christians involved in the project. Now the box office for both productions shows there isn’t just an interest in spiritually themed film, but spiritually themed drama as well.