Waiting for Word From Tiger’s Pulpit

If there was ever a person at the intersection of culture, sports, faith and the public view, it is Tiger Woods. In our time, he has been the single most famous sports celebrity, the most successful spokesperson and endorser of goods, the most serious threat to the records set in a prior era and–and this is the one that really matters–the one perceived to have it the most together privately.
Yes, it’s the last one there–having his act together privately–that has brought him all of the rest. Or so the public has thought. The respect for his fame has accorded him his privacy. The press has revered him and protected him in a way that no President has received since JFK.

Up until now, it appeared as if his high work quotient and life ethics had brought him his success. His trustworthiness has made it possible for him to make $90 million a year in endorsements without having to really say too much. Even Arnold Palmer used to have to make a pitch for Penzoil. Tiger just drives in a car, wears a swoosh, poses with a watch and they attach some golf footage to it.
Until now.
For the last several decades, one thing the American public has shown is a very short fuse when it comes to tolerating the personal foibles of those who’ve pretended to be more than what they are. From the televangelists (Jim Bakker, Jimmy Swaggert, Ted Haggard) to the politicians (Richard Nixon, Bill Clinton and Congressmen on both sides of the aisle) to philandering basketball players (from Wilt Chamberlain, Magic Johnson) to steroidal baseball players (Bonds, Sosa, McGwire, Clemens), the public has shown that if there is an Unforgiveable Sin (other than the one found Luke 12:10) in our culture it is pretending you’re more than you are.

Further, saving your true Mea Culpa until after you’ve been outed in the press has always seemed like something less than a confession. It’s really more like an acknowledgement.
If that be the case, Tiger Woods has one course. He must go before the congregation of those who pay his salary–which means all of us who are participators in the culture of our day–give the complete truth, and ask for forgiveness. If he tries to say it’s a personal matter, he is taking his very public way of making money and calling it private, which may cost him more than just money.
And in so doing, perhaps his ethical framework, family bond and spiritual core may be restored, and victory may be achieved on a scale far greater than golf’s next major. 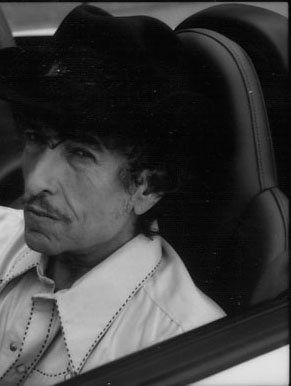 Bob Dylan's 'Christmas in the Heart' : Is He Still a True Believer?
archives most recent
More from Beliefnet and our partners
previous posts