Mormon Senator Orrin Hatch (R-Utah) may be known for many things: perhaps his work on the U.S. Senate Finance Committee, or his support of stem cell research. Or maybe, on a pop culture level, for his cameo as himself in the film “Traffic.” But 2009 will always be noted as the year that Hatch gave a holiday gift to the Jewish people: a Hanukkah song called “Eight Days of Hanukkah.”While this story alone – a Mormon senator records a song for Hanukkah – is ripe for comedic treatment, “The Tonight Show with Conan O’Brien” show took it one step further: Max Weinberg, Conan’s “only Jew” (presumably this means “only on-screen cast member,” since at least one of the writers is Jewish), responded to Hatch with a “Christmas song for Mormons”:based on facts he learned on Wikipedia. To the tune, of course, of “I Had a Little Dreidel.” 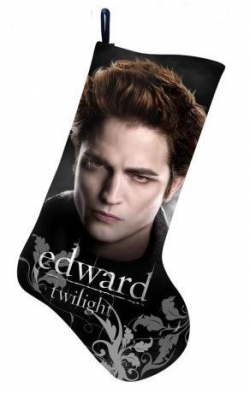 A 'Twilight' Christmas: The Top 10 Gifts for Your Favorite Twilighter This Holiday Season
archives most recent
More from Beliefnet and our partners
previous posts