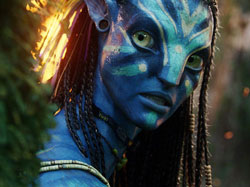 By Craig Detweiler
James Cameron’s “Avatar” lives up to its eye-popping, three-dimensional promise. It offers massive spectacle, thrilling set pieces, and seamless special effects. In fact, the entire movie is a special effect, a tribute to what’s possible. The dinosaurs in “Jurassic Park” were just a warm up for the ferocious creatures lurking in “Avatar.” Over time, “The Matrix” may seem like one small step towards “Avatar”‘s giant leap into the cinematic future.

Never has so much technology been poured into getting back to nature. Cameron employs ground breaking “performance capture” techniques to turn the 10-foot, translucent blue Na’vi people into the most compelling natives possible. Their distant moon, Pandora, teems with jungle life. The mountains float, the forests glow in the dark. What a verdant, vibrant vision of a world apart!
Unfortunately for the Na’vi, Pandora is also home to a precious resource known as unobtantium (yes, we’re supposed to smile at that cheesy title). To capture it, a militaristic corporation has developed a nefarious infiltration plan–merging human and Na’vi DNA into fully functioning avatars. A paralyzed Marine, Jake Sully, is given an opportunity to walk again–via his avatar. Seeing him rediscover the gift of movement is a kick. We share in his vicarious thrills–an apt metaphor for the movie.
Jake also discovers the wonders of Pandora, from its Edenic environment to a beautiful warrior/princess named, Neytiri. Her tribe is depicted as wise, spiritual, and peaceful. A familiar cross-cultural romance ensues. Jake becomes a “dreamwalker” in search of the native experience. Instead of “Dances with Wolves,” Sully flies with Banshees.
Moviegoers may be too dazzled by the imaginative vistas to worry about the geo-politics embedded in Avatar. It promotes responsible science and celebrates diplomacy. But as a native Canadian, Cameron offers a strong critique of America’s imperialist impulses. Avatar is a $500 million enterprise critiquing rampant capitalism and unchecked development. Will environmentalists embrace such electronic advocacy for guarding our rain forests? Will native peoples appreciate the sacred rituals surrounding a Tree of Souls?

Some critics may deride Avatar as a violent plea for peace. But a surprising sincerity animates Cameron’s cinematic wizardry. When was the last action movie that inspired genuine awe? That emboldened our imaginations? Avatar pauses to honor Mother Earth. It dares to bow down in goddess worship. It makes us question who owns the land we inhabit. Who is truly the alien? And where does divine favor reside?
Avatar is a riveting example of our contradictory impulses circa 2010. We celebrate simplicity while cradling our smart phones. We long for quiet, as our entertainments grow louder. We seek community via virtual worlds. Avatar embodies all the inherent paradoxes we face as digital natives. Cutting edge technology challenges us to cherish our planet. James Cameron offers filmgoers and filmmakers a second life.
Craig Detweiler directs the Center for Entertainment, Media and Culture at Pepperdine University in Malibu. His new book, Halos and Avatars: Playing Video Games with God equips parents and pastors to navigate virtual worlds. 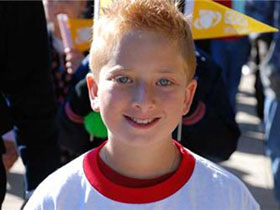