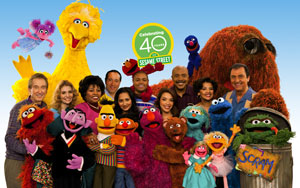 In celebration of the upcoming 40th anniversary of “Sesame Street” (November 10), one of the most beloved children’s TV shows in history, Beliefnet staff members share the lessons they learned that have stayed with them throughout the years.

“When I’m Itchy, I Scratch”
Among the many memorable songs that were sing-in-the-backseat-of-the-car staples of my childhood is the growly, slow, completely frank number “When I’m Itchy, I Scratch.”
The images on the screen were of bison and other big beasts scritching and scratching their backs against trees and rocks, and the lyrics preached an utterly animalistic sort of common sense. “When I’m hungry, I eat. When I’m thirsty, I drink. I get my fires lit up with a match, and when I’m itchy, I scratch.”
Looking at it one way, I suppose the song could be read as the case against self-control, doing exactly what you want when you want it. But I think the song has more to do with the virtues of instinct, the simple categories of needs that we all need to meet–but not exceed. So if you’ll excuse me, I have to go look for a scratch-worthy tree…
–Holly Lebowitz Rossi, Health editor and Fresh Living blogger
“1, 2, 3, 4, 5, 6, 7, 8, 9, 10, 11, 12. Dooo doo doo doo doo doo doo doo do do”
When I was about 3 I was taught to count to 12 by a trippy-groovy singing pinball machine. I’d dance around the room in feety pajamas, singing at the top of my lungs.
–Jenn Sturiale, Product Manager
The Lovable Oscar the Grouch
I loved “Sesame Street” growing up and would often watch it about 2 inches from the TV set with my younger brother and sister (which explains my horrible vision) because I wanted to be as close to my friends on the show as possible–maybe even warp through the screen for a visit.
My favorite character was Oscar the Grouch, mainly because he reminded me a lot of my dad–a gruff and grumpy Brooklyn-born man with a warm heart–but also because I really wanted to jump into his garbage can and see his digs. I just knew there was a whole world in that can and I wanted to explore it.
But overall, Oscar taught me a lot about not judging a book by its cover. Sure he was a grouch, but when a child needed help or advice he was always around, proving there was love and compassion underneath that dirty green fur.
–Dena Ross, Entertainment Editor

Embrace and Celebrate Diversity
During the late ’70s to early ’80s when I grew up watching “Sesame Street,” there was no other show for kids on TV that represented such a rainbow of colors, languages, faiths and cultures. And not only were the people diverse, but the puppets were too! I applaud the show’s producers for being so progressive in reflecting the diversity of the U.S. population in their programming. I think this is an important lesson for a child’s developing mind.
–Qiana Mestrich, Search Engine Marketing Manager
Learning and Music
Gosh, having been around basically as long as the show, it’s hard to boil it down to a single lesson or memory. Sesame Street is definitely a backdrop for my whole young life (and now my life as a mom).
I’d say the combination of learning and music has been pretty powerful for me. The idea that lessons can be taught while singing, dancing and generally being silly has followed me through my life and impacted the way I approach many things.
–Naomi Naughton, Community Manager

Learning to Speak
Sesame Street helped my son say his first complete sentence. He was a late talker and spoke unclearly because of an articulation problem. But one day around age 2 1/2 he came out with “Sesame Street is a production of the Children’s Television Workshop!” Of course, it didn’t sound like that, but after he repeated it a few times, I understood it from the rhythm and said it back to him. His face lit up with joy, and his talking improved from that day on.
–Wendy Schuman, Special Projects Editor
The Impact of the Songs
As much as I loved the show and watched it regularly, my biggest lasting memory was not from TV but from a “Sesame Street” record I had as a kid. Two songs stand out: Big Bird singing a song in which he sees the alphabet written out and mistakes it for one huge word, and tries pronouncing it, deciding it is “the most remarkable word I’ve ever seen.” The song got little me thinking about letters and words and how they come together–perhaps not a direct spur to become a professional journalist, but maybe a factor.
The other one was Kermit’s “It’s Not Easy Being Green.” To any kid struggling with being different, or being afraid of being perceived as different, fearing being made fun of, etc.–and who hasn’t gone through this?–Kermit’s reassurance that this struggle is universal provides more comfort than you might expect from a singing sock puppet.
Now that I am a father with a daughter who watches “Sesame Street,” I see the show’s power in action. When my almost-3-year-old makes a simple observation about what she’s watching–“Zoey and Elmo sharing!”–you can see not only the delight in her eyes, but the seeds being planted of life lessons that she can relate to in her own way, on her own level.
–Michael Kress, Managing Editor and VP, Editorial
Friendship is Forever
My older sister has always been my best friend. Well almost always. But when we were growing up, I worshipped her. Her name starts with an E and my name starts with a B and we shared a bedroom. We always thought of ourselves as Ernie and Bert because they were there for each other through thick and thin. As adults, she has recently moved to my home town, and while we no longer have twin beds in the same room, she is still my best friend and teaches me so much.
–Beth Ann Eason, General Manager and Chief Operating Officer
Magical New York
I think that “Sesame Street” could be one of the reasons that I live in New York today. When I watched “Sesame Street” as a child, I was always a bit puzzled and fascinated by this place where people sat outside on the stoop and talked to each other, and where they just strolled down the street to Mr. Hooper’s store. I grew up in Atlanta, and people had yards, not stoops. And when you went to the store, you had to get in the car first. For a long time, I thought the “Sesame Street” style neighborhood was an imaginary, magical place that existed only on TV. Then, I grew up and discovered that magical place is called New York.
–Ansley Roan, Faiths Editor
Related Features
Elmo and the Power of Love
Grover on Marriage
‘Big Bird Is My Power Animal’
Please feel free to post your own lessons and memories in the comments box below. 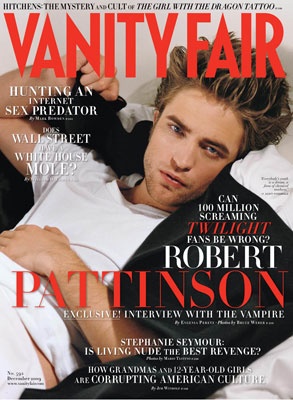