Turn the Other Neck: ‘Twilight,’ Vampires and Christianity 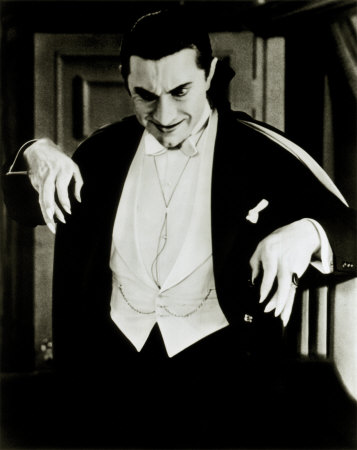 Last week Donna blogged about the new novel “Thirsty,” by Tracey Bateman, a Christian take on the vampire vogue spurred by the success of the Twilight saga by Stephenie Meyer. Bateman’s vampire, like Meyer’s Edward, is a sympathetic fiend: a bloodsucker in recovery, he befriends a woman dealing with her own addiction issues. When, I asked, did vampires get so friendly?

For an answer, I sought out John Granger, whose book “How Harry Cast His Spell” parses the myths behind J.K. Rowling’s Potter series, and who has recently completed “Spotlight,” an examination of the spiritual and literary influences behind the Twilight stories. (He also writes a “Twihard” blog for those who take Meyer’s series very seriously.) I asked him about Meyer, Dracula, and our current mania for the undead.
How are these modern vampires we love different from the bloodsuckers we grew up with?
“Dracula”–Bram Stoker’s 1897 novel that was the model for “Nosferatu” and Bela Lugosi, and the vampires in the Twilight books–define the two ends of the vampire spectrum. Stoker was a Victorian, a Presbyterian writing in the Romantic tradition, which resisted scientific empiricism and materialism. Stephenie Meyer is a Mormon writing postmodern fiction. They differ in all the ways you’d expect in meaning and focus.

Stoker’s vampires represent the xenophobia that gripped England then–the Count constitutes a one-man invasion of the homeland by Eastern and Southern European immigrants. The vampires of Twilight are misunderstood monsters about whom a laughably unfair meta-narrative–Stoker’s–has sprung up. Bella Swan, the heroine of the Twilight stories, calls us to get past our prejudices, to live outside the accepted paradigms of our age.
Meyer’s stories are informed by her upbringing in the Church of the Latter Day Saints. Can we find a Christian context in Stoker’s tale?
He was definitely part of a Christian literary response to the Industrial Age. Gothic horror is the fictional expression of the Calvinist position that our world is a nightmare existence of sin and depravity between the Paradise of Eden and the glories of heaven. Stoker argued through his soulless hemophages that there is a great evil afoot in the world–in the darkness in every man’s heart. Science denies this evil because it cannot understand. In “Dracula,” the monsters, like Victorian factory owners, thrive by sucking away the lives of other men. The only way to defeat them is through the Church’s sacraments. Stoker’s hero, Van Helsing, has a dispensation to use the Host as a weapon and shield in his battle with Dracula, and he does so with great liberality.

The Christian roots of this battle go deep. The only dietary law in Christianity is not to eat blood. The only binding law is “Love God with your heart, soul, mind, and strength, and love your neighbor as yourself.” Vampires are blood eaters who consume rather than love their fellow man. In Christian morality, our conscience is our point of contact with reality–with the Logos or Creative Word that we find in the Gospel of John. Stoker’s vampires can’t bear the Light or make a reflection in a mirror because their “inner hearts”–the Logos–have been extinguished. Conscience is precisely what they lack. They are humans who have embraced power and ego. Through the sacraments and a community of believers acting in sacrificial love, Stoker said, this enemy, which he dramatized as an external being, but really lives inside us, can be defeated.
Why do you think we’re so fascinated with vampires right now?
Isn’t our fascination our intuitive recognition of ourselves as desire-driven monsters? Our postmodern vampires are sympathetic characters because we share their struggles to fit in, to find love, to overcome their condition. The vampire has shifted from Stoker’s external horror to an internal reality we must somehow come to terms with.
read next post
'Jon & Kate Plus 8' Series Finale
archives most recent
More from Beliefnet and our partners
previous posts

Zach Williams and Dolly Parton Release ‘There Was Jesus,’ Reminding Fans God is Always There

Contemporary Christian artist Zach Williams recently released a music video with country music legend Dolly Parton of their duet of ‘There Was Jesus’. This song is a big reminder that during these uncertain times, God is present. The powerful lyrics include the words… “In the waiting, in the searching In the healing and the hurting […]

Despite having some of the biggest rock ‘n’ roll fame in the world, Little Richard has one regret: He didn’t share Christ with others as he should. “If I had my life to do over again, I would be ‘Little Richard the Preacher,’ standing out on street corners” declaring God’s Word, he said in an […]