Miley Cyrus Quits Twitter and Urges Others to do Same

“Hannah Montana” star Miley Cyrus’ decision to stop Twittering raised such a furor that you would have thought that Walter Cronkite had refused to read the news during the Vietnam War. Ok, so it wasn’t quite that serious, but everyone from the Associated Press to the BBC covered the final Tweet heard round the world.
It was first speculated that the pop star was pressured by her new boyfriend Liam Hemsworth to quit contributing to the micro-blogging service, while her father, Billy Ray, he of the “Achy Breaky Heart” fame, urged her to think for herself and return to the world of Tweeting, saying in his own Twitter posts, “Miley. You are a light in a world of darkness. You were born “Destiny Hope Cyrus” for a reason. You can’t leave everyone now. We r countin on u.”
All slightly creepy bombast aside, in this case, father may not know best.

I think it’s brilliant, and downright mature, that Miley Cyrus’ new boyfriend understands the concept of privacy and that that message has made its way into the star’s head. Writing this weekend on MileyWorld.com, Cyrus explains her Twitter defection: “I often complain to the ones closest to me that I don’t seem to have much of a private life any more and part of that is my fault. How can I whine about my life being to public if I am the one telling the world what I am doing?”
“I never want to quit entertaining it is my life, my love, and my passion but I can’t have my personal life be other peoples entertainment.
Stating that the internet “makes negativity so available,” especially anonymously, the singer further explains that, “This is not an attack against this particular site, I just think kids all over the world could maybe take a little vacation from Cyberspace….if we spent more time enjoying what we are doing besides tweeting about it, we would enjoy our lives a whole lot more.”
Ms. Miley, I raised an eyebrow over your pole dancing act at the Teen Choice Awards, but I’m putting it right back down because you’ve hit the nail on the head.

I’m equal parts amused and irritated by those who obsessively Twitter. I liken it to George Berkeley’s dictum: “Esse est percipi” (“To be is to be perceived”). Put very simply, in order for something/someone to physically exist, it/they must be observed by an external conscious observer. Of course, in Berkeley’s hypothesis, that observer was God, not Bob in Sales or your Tweeps.
Will that sandwich you had for lunch have no nutritional value unless Tweeted about; do the bacon, lettuce, and tomato on white not exist unless observed by those in the Twitterverse? Of course not, but you wouldn’t know that from the way people Twitter about their gastronomic choices. Or the other mundane subjects that folks seem to be forcing into being via Twitter (a recent study found that 40% of posts on Twitter are “pointless babble“). It’s as if many Twitterers fear they won’t exist without their every movement noted and observed. Talk about your push technology.
So, I commend Cyrus for trying to reclaim her private life, as hard as that may be now that Pandora has opened the dialog box, so to speak.
Do you think Cyrus will be able to maintain her privacy now? Do you think other prolific celebrity Twitterers, like Lindsay Lohan and Ashton Kutcher, should follow suit?
read next post 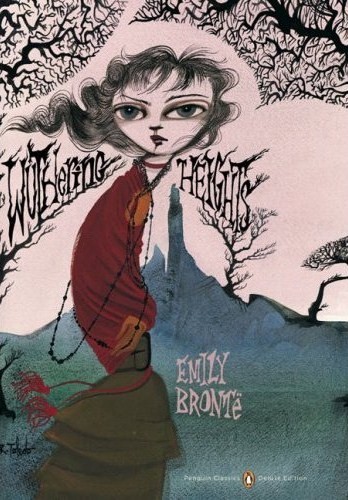 'Twilight' vs. 'Wuthering Heights'
archives most recent
More from Beliefnet and our partners
previous posts