Jermaine Jackson: ‘Michael Is a Gift from Allah’

In an exclusive interview with Matt Lauer of the “Today Show,” Jermaine Jackson speaks candidly about his relationship with Michael and how he viewed Michael’s role on earth. Expressing his wish that he had passed away instead of Michael, Jermaine also reveals that he was Michael’s backbone: “I was Aaron and he was sort of like Moses. Things he couldn’t say, I would say them.”

Jermaine’s own Muslim faith (which was revealed during the press conference announcing Jackson’s death) also came through when he said: “Michael is a gift from Allah, and he [Allah] has taken him back.” Jermaine also explained that Michael always “wanted good for everyone” and that “he wanted to change things” through his song lyrics and actions by “going to hospitals, to orphanages, trying to cure children of cancer” in order to “bring enlightenment” to everyone.

Watch the Jermaine Jackson and Matt Lauer interview below:

Visit msnbc.com for Breaking News, World News, and News about the Economy 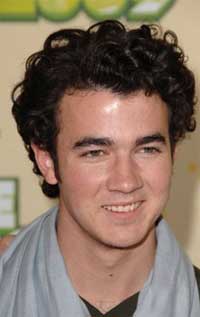