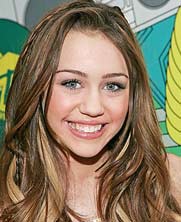 “Hannah Montana” star Miley Cyrus has had her share of controvesy over the past year. Cyrus, now 16, posed for what some called “too sexy” photos for Annie Leibovitz and Vanity Fair back in 2008. Plus other personal photos of her baring her bra and panties have been leaked onto the web. Then there’s the whole, she’s a teenager dating a 20-year-old thing.

But Miley and her family are also Christians and believe in abstinence until marriage. And in a new interview with the Daily Mail, Cyrus said, “I want to keep my virginity until I marry” citing her Christian faith as a reason.
Now, we all remember hearing those same words from pop star Britney Spears, and it was later revealed that she did not carry through with her vow. So is this all a ploy to keep her more wholesome fans? Or is it genuine?
In a recent interview with Beliefnet, Miley’s father Billy Ray Cyrus said, he and Miley try to represent the positive in Hollywood, but they more they do that, the more evil and darkness tries to “put out that light.”
Billy Ray also said:

Miley gets up and wins an award and thanks Jesus, because it’s who she is and what she believes. She’s been reprimanded a few times for that from people in the business, saying, “What are you doing?” Can you imagine how much joy it would bring to the devil to see Miley just do something really stupid and all these kids around the world that she’s represented such a positive force to just taint it with something stupid and ruin it? There’s a lot of forces that would like to see that happen. But we pray.

So, what do you think? Will Miley keep her virginity until marriage? Or is it just something she said to help clean up her image?
More of the Beliefnet Interview with Billy Ray Cyrus. 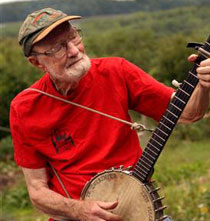 Pete Seeger: Bringing Us Together at 90
archives most recent
More from Beliefnet and our partners
previous posts