Spinal Tap Tour Announced: ‘Taking it to 11’ in 30 Cities

Twenty-five years later, and the “Spinal Tap” gang is getting the band back together. The trio at the core of Spinal Tap, a fake heavy metal band profiled in the mockumentary “This is Spinal Tap,” Harry Shearer, Christopher Guest and Michael McKean, are “taking it to eleven” again, but unplugged and “unwigged,” if the title of their new tour is to be believed. The tour will feature the three performing for the first time as themselves, combining music from both Spinal Tap and the folk-music comedy “A Mighty Wind,” which they also co-starred in.”We’re doing the trio tour because it’s so easy,” McKean says from stage. “We just have these wooden instruments and we don’t have to wear these things [the wigs they wore in Spinal Tap] on our heads, unless we’re playing a temple –â€³Adds Shearer, “Or a mosque.”Spinal Tap and the Mighty Winders, coming to a city near you soon. For more of the interview in Rolling Stone, check out “Behind the Wigs.” 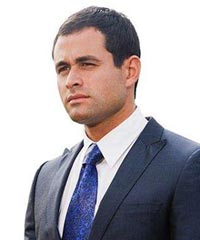 Shame on Me for Watching 'The Bachelor: After the Final Rose'
archives most recent
More from Beliefnet and our partners
previous posts