So she married a much older man, a prince, and is known for, among other things, dying her hair a myriad of colors and even wearing it in a mohawk. That doesn’t stop Princess Gloria von Thurn und Taxis of Germany from being the royal face of Catholicism.
In “Gloria In Extremis” from the New York Times Holiday Style Magazine, Horacio Silva profiles the Catholic princess:

“Princess Gloria has assumed many roles: fairy tale bride, couture-wearing paparazzi bait, businesswoman, regent for her under-age son after the death of her husband. Yet despite her unrelenting candor, even on the thorniest of topics, her latest incarnation, as an unfiltered messenger of God, may turn out to be the hardest for her to pull off.”

Turns out the German princess has shifted her passions from fashion and hair to Catholicism–she’s a convert of sorts (a convert to practice, from the sound of it)–and a busy one:

“She has been a major donor to the church, hosted conservative Catholic salons and liturgical concerts in Rome, made numerous trips to Lourdes as a volunteer under the auspices of the Order of Malta and recently released a book of her conversations with Cardinal Joachim Meisner (an outspoken conservative who, when not trying to outlaw abortion in Germany, has branded modern art ”degenerate”).”

Apparently, becoming a practicing, devout Catholic does not require her to relinquish the partying, though:

“It’s hard to reconcile Gloria the Devout with the image of her as a party animal who was once caught in possession of hashish at Munich Airport, though it makes perfect sense in the gospel according to Gloria. ”Catholicism is a very sensual religion, which means that flesh and soul are compatible,” she said in a husky, Teutonic tone that is fitting for someone with a rosary’s worth of Germanic names. ”It’s not a mental religion that denies the body. And so drinking, partying and having fun is part of the religion.””

Try telling that one to my Catholic family. They’d never buy it. 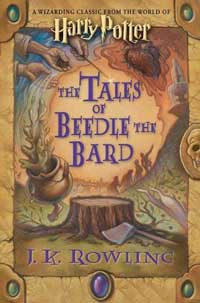 J.K. Rowling's Fairy Tales for Wizards (and Muggles)
archives most recent
More from Beliefnet and our partners
previous posts