If not for the fact that two of its stars, Isaac Hayes and Bernie Mac, passed away shortly after completing the film, “Soul Men” would stand as a funny buddy comedy about an R&B duo (Mac and Samuel L. Jackson) who reunites after years apart. Similar to “The Blues Brothers” but with a grittier feel, “Soul Men” is a laugh-out-loud comedy about old friends and the ways we interfere in the lives of the people we care about most. 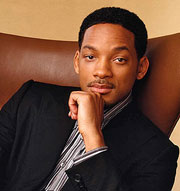