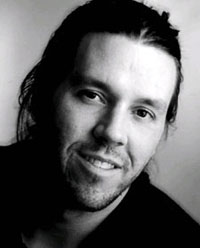 The news that David Foster Wallace hung himself this weekend came as such a shock not only because it was the news of great loss for literary and academic culture–which it is–but also because it seemed like such a contrary act for a man so life-affirming and life-giving. The line we often hear about postmodern artists is that they de-humanize everything–that they see people as parts, or whole machines at best, consumers who imbibe bad burgers and Coke and sit-coms and experience the bulk of their lives through video screens. Mostly, this is a misunderstanding–if po-mo writers present people in this way, it’s often because they are trying to alert us that this is what postmodernity (meaning “consumer capitalism on steroids”) has turned people into. Many of the best po-mo artists aren’t looking down on people; they are asking people to look up.

This is what we’ll remember about David Foster Wallace. He was fully attuned to the complex difficulties of contemporary life, and, we know now, he was wrestling with his own demons of darkness. But again and again, his writing expressed faith in the goodness of creation (meaning life as we know it) and creations (meaning the artful stuff we make of life).

My favorite piece of writing by DFW is this piece from Harper’s Magazine about dictionaries–yes, dictionaries! It’s a lively, funny, informative, intensely readable piece of work, and could only be created by a man deeply in love with language. I read that thing seven years ago, and to this day I can hardly look up a definition without remembering the experience of reading that essay. How’s that for a gifted artist, aye? Someone who can change the way you look at a dictionary? Heavens, what a loss.
I’ll leave you with two uplifting DFW passages, the first (via Alan Jacobs) from a recent profile of tennis great Roger Federer, the second from a 2005 commencement speech at Kenyon College. In Federer, DFW finds occasion to celebrate the nature of inspiration, and what it does to us all. In the graduation address (read the whole thing for a real shot in the arm), DFW talks about how we all worship, and must carefully choose what we will give our worship to.
On Federer:

In the same emphatic, empirical, dominating way that Lendl drove home his own lesson, Roger Federer is showing that the speed and strength of today’s pro game are merely its skeleton, not its flesh. He has, figuratively and literally, re-embodied men’s tennis, and for the first time in years the game’s future is unpredictable. You should have seen, on the grounds’ outside courts, the variegated ballet that was this year’s Junior Wimbledon. Drop volleys and mixed spins, off-speed serves, gambits planned three shots ahead — all as well as the standard-issue grunts and booming balls. Whether anything like a nascent Federer was here among these juniors can’t be known, of course. Genius is not replicable. Inspiration, though, is contagious, and multiform — and even just to see, close up, power and aggression made vulnerable to beauty is to feel inspired and (in a fleeting, mortal way) reconciled.

…in the day-to day trenches of adult life, there is actually no such thing as atheism. There is no such thing as not worshipping. Everybody worships. The only choice we get is what to worship. And the compelling reason for maybe choosing some sort of god or spiritual-type thing to worship — be it JC or Allah, bet it YHWH or the Wiccan Mother Goddess, or the Four Noble Truths, or some inviolable set of ethical principles — is that pretty much anything else you worship will eat you alive.
If you worship money and things, if they are where you tap real meaning in life, then you will never have enough, never feel you have enough. It’s the truth. Worship your body and beauty and sexual allure and you will always feel ugly. And when time and age start showing, you will die a million deaths before they finally grieve you. On one level, we all know this stuff already. It’s been codified as myths, proverbs, clichés, epigrams, parables; the skeleton of every great story. The whole trick is keeping the truth up front in daily consciousness.
Worship power, you will end up feeling weak and afraid, and you will need ever more power over others to numb you to your own fear. Worship your intellect, being seen as smart, you will end up feeling stupid, a fraud, always on the verge of being found out. But the insidious thing about these forms of worship is not that they’re evil or sinful, it’s that they’re unconscious. They are default settings.

They’re the kind of worship you just gradually slip into, day after day, getting more and more selective about what you see and how you measure value without ever being fully aware that that’s what you’re doing.
And the so-called real world will not discourage you from operating on your default settings, because the so-called real world of men and money and power hums merrily along in a pool of fear and anger and frustration and craving and worship of self. Our own present culture has harnessed these forces in ways that have yielded extraordinary wealth and comfort and personal freedom. The freedom all to be lords of our tiny skull-sized kingdoms, alone at the center of all creation. This kind of freedom has much to recommend it. But of course there are all different kinds of freedom, and the kind that is most precious you will not hear much talk about much in the great outside world of wanting and achieving and [unintelligible — sounds like “displayal”]. The really important kind of freedom involves attention and awareness and discipline, and being able truly to care about other people and to sacrifice for them over and over in myriad petty, unsexy ways every day.

Attend a Sam Phillips Concert for Free!
archives most recent
More from Beliefnet and our partners
previous posts