Batman’s ‘Dark Knight’ of the Soul 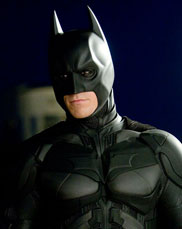 The long-awaited sequel, “The Dark Knight,” to Christopher Nolan’s wildly popular “Batman Begins,” is well over two hours of white-knuckled, grip your seat, hide your eyes, action and suspense. Without going into specifics (I really don’t want to spoil anything about this movie for those who’ve yet to see it–that would be a sin), I want to comment on the movie title’s double meaning.

I can’t believe I didn’t notice it before. I think it was the “K” in “Knight” that threw me off.
As I sat there, catching my breath during a break in the action, Aaron Eckhart as Harvey Dent was giving a speech to Gotham city after The Joker had ripped terror and chaos across the city yet again. It was when Dent comments that it’s “always darkest before the dawn,” that the reference hit me:
This movie is not simply Batman as “Dark Knight,” but, in the tradition of mystics across traditions, Batman’s “Dark Night of the Soul.”
The Dark Night of the Soul in a person’s spiritual life is a time when someone feels the most alone, abandoned, despairing, wracked with doubt, without hope of repair. As if God, the beloved, has left forever. In “The Dark Night of the Soul,” Book Two, Chapter Six, by the 16th century Spanish mystic, St. John of the Cross, he describes his own experience of the Dark Night:

“Since God here purges both the sensory and spiritual substance of the soul, and its interior and exterior faculties, it is appropriately brought into emptiness, poverty, and abandonment in these parts, and left in dryness and darkness. For the sensory part is purified by aridity, the faculties by the void of their apprehensions, and the spirit by thick darkness. God does all this by means of dark contemplation. And the soul not only suffers the void and suspension of these natural supports and apprehensions, which is a terrible anguish (like hanging in midair, unable to breathe), but it is also purged by this contemplation. As fire consumes the tarnish and rust of metal, this contemplation annihilates, empties, and consumes all the affections and imperfect habits the soul contracted throughout its life. Since these imperfections are deeply rooted in the substance of the soul, in addition to this poverty, this natural and spiritual emptiness, it usually suffers an oppressive undoing and an inner torment.”

Once you see this movie, you’ll know how filled with despair, how hopeless, how dark this Batman sequel truly is. Audiences witness Batman’s “Dark Night of the Soul.” It’s difficult not to walk out of the theater with a heavy heart, especially after watching such a stunning, posthumous performance by Heath Ledger. It’s difficult not to think about what must have been Ledger’s own darkness after playing such an anarchist part. What I wonder is whether director Christopher Nolan intends to pull Batman (and his audience) out of this darkest night of the soul in what will surely be a sequel, or if he has more dark nights planned for his outlaw-hero (and us). As far as the mystical traditions go, though they may refer to the “dark night” in the singular, the period of time it lasts can be for many years. It would be nice to see whether Nolan can give the wide audience he has hooked some hope next time around, or if his true medium will always be marked with despair and loss.
read next post 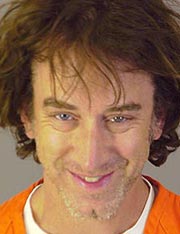 Andy Dick, Now and Then
archives most recent
More from Beliefnet and our partners
previous posts