Top 10 Religious Beliefs About the Apocalypse

People have been predicting the end of the world since, well, the beginning of it. For some, the Last Days are the ultimate righting of the scales, for some, the dark at the end of the tunnel, and for some, simply a “mulligan” on the current state of affairs. My new book “Apocalypse How” encourages you to view the world to come as a blank slate, a chance to reinvent yourself, a boundless period of opportunity without the inconvenience of “schedules” and “crowds.” But before you can get properly psyched for the Big Day, it helps to know some of the ways the world’s faiths have predicted it might shake out.

Christianity – According to certain Protestant denominations, the end will begin with the righteous being “raptured”— directly lifted out of their clothes, jobs, cars, etc. to Heaven. There, they will have ringside seats (the ultimate Skybox) to watch everyone left behind undergo 1,000 years of tribulation, the reign of Antichrist, and eventually, the return of Jesus for the ultimate grudge match. SPOILER ALERT: Jesus wins.
Judaism – The exiles will be ingathered to Israel, the dead resurrected, and all humanity will live in a redeemed world. For sinners, not so much a concept of Hell as an eternal sense of guilt.

Hinduism – According to the Markandeya Purana, the world will be ended by the Pralay (literally, “destruction”), an all-destroying flood. Small wonder the religion prizes not only piety, but absorbency.
Islam – A grand judgment for all, during which believers are distinguished from infidels by producing more sweat, but are eventually given a sweet drink that abolishes thirst eternally. Hard to believe they came up with this in the desert.

Hopi – This Native American nation believes the land will be covered in iron snakes, stone rivers, and a giant spider’s web; the seas will turn black, and a huge blue star will crash into the Earth. This is believed to be the only eschatology invented by a nine-year-old boy.
Buddhism – Buddha’s teachings will disappear from the Earth, only to be reinstated by a new Buddha. Unsurprisingly, the “mellowest” of the end-time scenarios.
Mormonism – Jesus Christ will return to Earth at Jackson County, Missouri, and humans will be assigned to one of three heavenly kingdoms. Though why anyone would want to live there after having experienced the Show-Me State is unfathomable.
Norse Mythology – A cataclysmic, all-destroying battle between the gods, known as Ragnarok–whose name shall inspire countless garage bands and teenage boy locker inscriptions.
Mayan – The famously sophisticated Mayan calendar predicted a “great change” would occur in our year 2012, which some interpret as a reference to the end. Isn’t it funny how you can be really good at predicting someone else’s civilization, but…
Zoroastrianism – The Earth will be devoured by fire, after which sinners will be punished for three days, then forgiven. Come on, 72 hours? We’ve had hangovers that lasted longer.
–wrriten by Rob Kutner, writer for “The Daily Show with Jon Stewart,” and the author of the new book “Apocalypse How: Turn the End Times into the Best of Times!“ 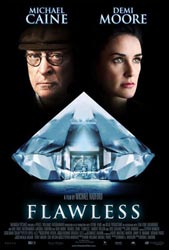 'Flawless': My DVD Pick of the Week
archives most recent
More from Beliefnet and our partners
previous posts