Rocca and Gunn on Polygamist Fashion 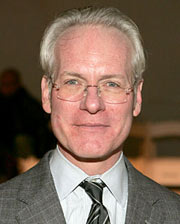 When people think of Tim Gunn, they most often think of Project Runway, the popular reality TV show featuring aspiring designers in competition with each other to earn coveted spots with the fashion industry. On the other hand, when people think about polygamist sects, they may think of “Big Love”‘s Chloe Sevigny — a fashion plate outside the role and anything but in her role on the show — but seldom picture anything resembling fashion. Leave it to Mo Rocca to unite these two seemingly opposing forces for an AOL video segment he calls “Tim Gunn’s Guide to Polygamist Style.”
The piece, as you might imagine, is creating some controversy in the comments section. While many appreciate the humor involved, it’s sparking some sensitivity among other readers, who understand that the reason for the lack of fashion sense is a strict moral code and absolute devotion to the group’s faith/leader.

How would we feel if the religious group being mocked was the group of religious Muslims or a group of Hasidic Jews? Where’s the line between comedy and derision? Wouldn’t it have been interesting for Gunn to suggest fashion forward methods to dress up said sect women that actually still respect their religious convictions and modesty limitations?
For instance, Gunn recommends that the sleeves on the women’s dresses be removed entirely and the length be severely shortened, converting modest garb into a sleeveless minidress. Clearly this is not what the sect had in mind when creating the dress code for its women. But is there a way to dress modestly while being a little bit more fashionable? It’s something that many in the religious Jewish community are thinking about too, with several fashion lines like FunkyFrum and HydroChic emerging to fill the void. That’s the report I might have liked to have seen. 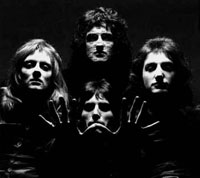