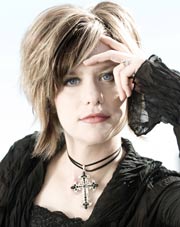 With Valentine’s Day this week, expectations are high to pull of a perfect romantic date. With that in mind, I asked some Christian artists to share their all-time worst dating disasters.
“My husband Joel was a busy youth pastor so I was thrilled that he was planning a special date on Valentine’s Day. A couple weeks before the big day, he started making secretive phone calls with a twinkle in his eye. On Valentine’s Day, I went and had my hair done and carefully picked out my outfit … There was an expensive, romantic restaurant about forty minutes away that I’d always wanted to visit, so I assumed we’d go there and then he’d shower me with an incredible, thoughtful gift. I was surprised when we drove past the restaurant. Instead, we reached a small shopping center and Joel pulled into the parking lot of a sporting goods store. He gently grasped both of my hands in his. I looked up at him. “Honey,” he said excitedly, “I’m going to buy you a gun.” … Before I could utter a word, he pulled me into the store and introduced me to the owner. He looked just as excited as Joel. … This was the mystery man he had been talking to for weeks, picking out the perfect gun.”

–Ginger Millermon, singer/songwriter
“When I was just knee-high to a grasshopper, I once asked this young filly to accompany me to a Valentine’s party. She accepted my invitation, but another fellow did not approve of me asking her out. Later that night, after the Valentine’s rituals had taken place, the kid and a bunch of his buddies took me outside and gave me the beating of my life! I went back inside to clean all the blood up. When my date saw what had happened… needless to say, she thought those guys were jerks and she thought I was cute!”
–Jason Dunn, lead vocalist Hawk Nelson

“Well, in my sixth year of marriage I had a severe lapse of husband judgment, and completely forgot to make [Valentine’s] dinner reservations. We waited almost 2 hours to get seated. Now you may not think that was a disaster, but you don’t know my wife. If one of the five love languages is ‘planning ahead,’ my wife is that one!”
–Jason Anderson, frontman Re:zound
“When I was 17 I started a ‘relationship’ with a guy who I had liked since I was 14. It was never very serious. However, that summer I started working at a camp. I started hanging out with this other guy at camp … a lot. So one day, my boyfriend came to visit me at camp totally unexpectedly. He found me hanging out with the new guy! It’s not good to date two guys at once.”
–Colleen Walker, pop vocal group Carried Away
–written by Joanne Brokaw