So what else am I going to watch during the writer’s strike? Of course last night I tuned in to Fox’s two-night, two-episode premiere of “Terminator: The Sarah Connor Chronicles,” which supposedly picks up where “Terminator 2” left off. (Where did T2 leave off anyway? I don’t exactly remember.
I figured it’s got at least a couple of key things I like in a television series:
1) Relentless pace (it hits the ground running); 2) A girl character who kicks butt (this time around its Summer Glau from “Firefly” (yay!) as Cameron Phillips, the “good” terminator;
and most important of all…..3) A messiah figure! A chosen one! A savior!

But this time around and unlike other TV chosen folk like Buffy, who had supernatural, vampire slaying oomph, or Peter Petrelli, Hiro, and Claire (aka, the cheerleader) who are bona fide heroes, each with their own special power or even multiple powers as they pursue world salvation, Terminator messiah-figure John Connor (Thomas Dekker) is well, not very heroic at all. In fact, he seems to be mostly good at running away. It’s not that he even needs a superpower (though I wouldn’t be upset if one showed itself), he could at least show some interest in his destiny!
Which gets to the heart of what I’ve never understood about anything Terminator, and perhaps what this television series can do for this story: all the Terminator movies have been about keeping John Connor alive at all costs because he saves the future of humanity. But he never shows any signs of special intelligence, desire for the good of all, or seem anything remotely like how we might imagine a messiah-type.
So maybe the “Sarah Connor Chronicles” finally shows us what John Connor is made of? Or perhaps, it will yet again, simply prove that it’s the women–his mum (as always) and Cameron–who are the real saviors. As usual.
Tune in tonight on Fox for part 2 of the two-night premiere event. 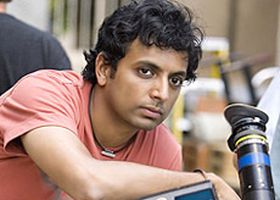 “Wide Awake”: DVD Pick of the Week
archives most recent
More from Beliefnet and our partners
previous posts