‘The truth will see you free,” goes the famous saying, but apparently the ‘truth’ itself isn’t free, requiring a commercial break every 90 seconds. At least that’s what I felt like watching last night’s premiere of the highly anticipated new FOX game “Moment of Truth.” The premise of the show–to see if people would tell the truth about deep dark secrets on national television for prizes–is innovative and insipid at the same time; but, then again this is the FOX network we’re talking about.

Contestants are asked 50 questions while hooked up to a polygraph machine. Later, while they are on the stage in front of a live studio audience, plus three family members or friends, they answer 21 questions chosen from the original 50. If they tell the truth, they work their way up the cash pyramid. They can stop any time and walk off with the money, but if they are caught lying, then they lose all the money they have banked so far. Family and friends can participate by hitting a button if a question has been asked that they absolutely don’t want to hear the answer to.
The conceit is to see if there is an honest person left in America, but the cash incentives somehow taint that very idea; it’s not really honesty for honesty’s sake, but bribery. There’s something very discomfiting about a wife cheering on husband to reveal his secret inner-live to America for cash prizes. I know that this is the age of Internet-induced too-much-information-overload, but does Caita think $25,000 will ease the pain of knowing that her husband has been delaying having children with her since deep down he’s really not sure that they will be lifelong partners? Especially since he was caught in a lie and lost that $25,000.

Granted the prize of $500,000 is tempting and generous for contemporary game shows, but that’s probably how much the divorce and therapy will cost after being on this show.
Not all of the questions are so troublesome: Obviously the entire audience knew that, yes, contestant George is a member of the Hair Club for Men. The lower level questions are like a bizarre confession of the collective unconscious: Have you ever bumped into a car and not a left a note, have you gone through a co-workers private belongings? The audience either offering up a complicit laugh or a damning “ooooh,” to each question. But even when the audience would give its thumbs down to a contestant’s admission to a misdeed, they would applaud when the looming female voice confirmed that the contestant was telling the truth. Every time this happened, I felt confused; was the audience being hypocritical, sending mixed messages about right and wrong, rewarding someone for telling the truth, all of the above?
But the contestants are there on their own free will, choosing to go on the show and reveal their foibles to the world to earn a few bucks; the contestant and audience sharing one value, the value of money. I guess it’s better than going on Springer. Unfortunately, it’s not nearly as exciting.
While I am still unsure of the ethical implications of the show, one thing I’m not unsure of is the entertainment implications of the show–there are none. Monopolized by host Mark Wahlberg’s (“Temptation Island”) banter with the contestant, setting up the next question, helping us “get to know” the contestant better, or chatting with the family or friends, I was barely aware when the contestant revealed their answer. In other words, the show is a bore. Hook me up to a polygraph if want, but that, my friends, is the truth. 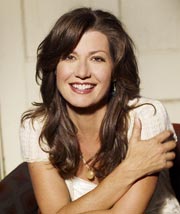