Some may have been surprised that the oft-maligned Kevin Federline was named by Details magazine as one of the fifty most influential men under 45 in the current issue; number seven to be exact, an honor he shared with other “good father” Larry Birkhead. But, it was number 16 that threw me for a loop: Joel Osteen, bestselling author of “Your Best Life Now” and pastor of Lakewood Church, a mega-church located in Houston, Texas.
Sure, there were other unexpected entries on the list, such as Andrew Guiliani and Iggy, the 6-month old puppy that caused such a conundrum for Ellen Degeneres. But it struck me as very forward-thing and erudite that Details would include the “Smiling Preacher” in their list; especially in an issue that also contains a tirade entitled “Enough Already With the Fake Boobs.”

” … Joel Osteen doesn’t rail against sin, threaten damnation, or even refer to the Bible all that often—a strategy that’s helped his brand of ‘pastorpreneur’ sell in precincts where Dr. Phil and Deepak Chopra hold sway,” notes the men’s magazine.
While Details has never been as lad-mag-ish as say, Maxim, featuring more exposes than exposed women, it is equal parts fascinating and disheartening to hear author of Shopping for God: How Christianity Moved From In Your Heart to In Your Face Jim Twitchell explain Osteen’s allure by saying that “For men, seeing a minister with a hot wife kinda says this guy is one of them.”
So, in other words, Olsteen’s influence can be attributed to boobs and Bibles. Now, that’s the lad mag we know and love. 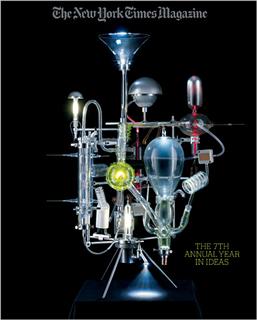 In the midst of the coronavirus pandemic, actor Mark Wahlberg got online Sunday to deliver a heartfelt Palm Sunday message in a brief video that was posted on Instagram and Twitter. Wahlberg, alongside his wife, wanted to remind fans that “We still have faith and we have each other.” View this post on Instagram 🙏❤️🙏HAPPY […]