Finally, a Health Benefit of TV 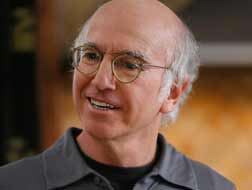 Yes, it’s true. Eventually, it was bound to happen: a reason to watch TV. And not just any TV, but specifically “Curb Your Enthusiasm,” featuring the social misfit Larry David himself. Sure, the benefits are specifically for schizophrenia patients whose doctors use the show in therapy to spark reactions, but nonetheless, let’s raise a glass to the good old TV for doing its part to help those in need.
Larry David, group therapy, and a bunch of schizophrenics sounds like the set-up for a bad joke–or a “Curb” episode–but three years ago, an astute psychology student at the University of North Carolina at Chapel Hill named David Roberts realized TV’s potential to help his patients, who were particularly uncommunicative in group therapy:

During a break one day, Roberts, watching television in the hospital’s lounge, noticed that a change had come over his patients, who generally seemed immune to basic social signals. “They were laughing at the ironic commercials,” he said. “They were laughing at ‘Friends.’ They were laughing at all the places I was laughing.” Many showed a fluency in the kinds of social communication that Roberts had been struggling to teach them in therapy. “We watched a scene from ‘Monk’ where Tony Shalhoub won’t shake hands with anyone for fear of germs, and walks away awkwardly. I asked a man who’d been an inpatient for ten years, and who was generally blank, what had happened, and he shook his head and gave me a wry grin. Unspoken communication is huge for someone like that.”

But why “Curb Your Enthusiasm,” which Roberts soon decided to show clips from during therapy? Larry David, of course.

Roberts considers Larry David to be the perfect proxy for a schizophrenic person. “On his way into his dentist’s office, he holds the door open for a woman, and, as a result, she’s seen first,” he said. “He stews, he fumes, he explodes. He’s breaking the social rules that folks with schizophrenia often break.”… As the patients watched David flub situation after situation, they laughed, and they willingly discussed with Roberts how they might behave in the same circumstances. “That bald man made a mountain out of a molehill!” one woman called out during a session.

Sadly, though, Roberts needed to give up on Larry David and “Curb Your Enthusiasm” because he couldn’t secure rights to use the series, so he hired actors and filmed his own socially awkward, squirm-inducing scenes. As for David, the New Yorker got his reaction:

Larry David, reached on the telephone in California, said that he hadn’t realized how deeply the awkwardness on his show would affect people. “It just deals with how you’re supposed to behave,” he said. “A lot of the time, it’s just me expressing myself freely. I knew that my own mental health was problematic, but should I be worried? I mean, I blow up, too! Is this something undiagnosed? Do I need to see a clinical psychologist?”

Um, Larry, do you really need to ask? 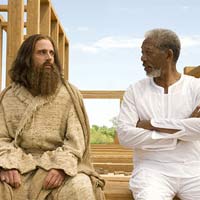