Lure of the West

That the societies, culture, and traditions of countries like Tibet, Pakistan, India, and others in South Asia are becoming diluted by western influences has long been the grievance of many patriots and thinkers. This sentiment is a familiar theme in author Pankaj Mishra’s works, especially in his latest book “Temptations of the West: How To Be Modern in India, Pakistan, Tibet and Beyond,” which is fast rising up numerous best seller’s lists. It raises several questions about the cultural, political, and social upheavals currently taking place in Southern Asia.
Mishra, an erudite intellectual in this book–his fifth one to date–identifies the more important issues that have risen out of such intense cultural change. From the pressures and temptations presented by Western style modernity, including the lure of prosperit, and the paradoxical nature of globalization as an agent for change and an eraser of cultural history, Mishra astutely tackles the ever-increasing number of problems the people of Southern Asia face.

From Bollywood stardom (with it’s mafia and it’s financiers), to India’s post-independence politics, to the troubled state of Kashmir, to packaging Tibetan Buddhism for tourists, Mishra furnishes a vivid picture of modern India and it’s counterparts that is straightforward and candid. At the same time he describes the real life humans who struggle to understand their constantly changing way of life.
His references to Muslim insurgency and his declaration that Hinduism in the hands some of today’s Indians looks entirely like the Christianity and Islam of popes and mullahs and less like the multiplicity of tolerant faiths it still is for most Indians, might infuriate many Indian readers, not to mention those of the middle class who seek Western endorsement.
The toughest of critics, though, have been captivated by “Temptations of the West,” which is partly autobiographical in nature. But while one may argue that Mishra, since he lives in India part of the time and in London for the other part, is not really an insider, his writing has always been inspiring and thought provoking. “Temptations of the West,” though angry and passionate, is insightful and eloquent. His vivid and lyrical language make his experiences all the more rich and exotic. This is a book about history in the making and about a conflicted world.
–Visi Tilak 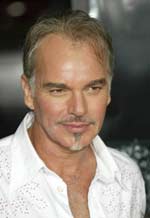