Until a few weeks ago, I pretty much knew what to think of Barry Bonds and his inevitable breaking of the home run record. I was on board with Michael Kress in thinking that Bonds was a great player, no doubt, but his greatness was overshadowed by his abuse of steroids. He was a cheater, plain and simple. The fact that he cheated before cheating was cheating–before Major League Baseball wilted under social and political pressure and made steroids illegal–did not mean Bonds got a pass. You take performance enhancing drugs to help you do something you can’t do within the limits of your pure ability. Bonds had a ton of pure ability, but he cheated his way to more.

So, I thought, I’d watch him break the record with my fellow baseball fans, but it’d be with a knot in my stomach. I hoped he’d retire the day after breaking the record so we didn’t have to put up with his nonsense any longer.
And then I saw Bonds play live against the Boston Red Sox at Fenway Park on a sunny Saturday in June. He went 0-4 for that day, but it was the most intoxicating 0-fer I’ve ever seen. I’ve heard sportscasters say ten thousand times that Bonds has a pure swing, and I’ve watched that swing on television probably half that many times. But seeing it in person was a new experience. He crushed every ball he hit–a few towering foul balls, a hard-hit line drive, a sharp ground-out.
People at Fenway were screaming “Steeeeeeerrroids” every time Bonds came up to bat, but I was silent, mouth agape. Barry Bonds was a beautiful baseball player. I wanted to watch that swing again and again and again.
Since then, I find myself hoping Bonds leaves the Giants next year–not to retire, but to play for an American League team. Like Frank Thomas, Bonds could easily grind out a few more hard-hitting years as a designated hitter. At a basic baseball fan level, I’d love to have those at-bats to watch. Heck, I even find myself thinking that if–heaven forbid!–my beloved Red Sox lost their clutch DH David Ortiz to injury, Bonds would look awful good with red calves.

Color me conflicted, nay, hypocritical. And if you’re a sports fan, color yourself that way, too. Willful moral blindness is more or less required for spectator sports enthusiasts. We lavish attention game-in, game-out on athletes whose admiral qualities begin and end on the playing field. There are many Mike Piazzas, thankfully, but there are just as many Michael Vicks. And most sports fans judge these guys on a sliding scale according to their proximity to their favorite team. If Vick, the Atlanta Falcons quarterback who was just indicted on dog fighting charges, gets to play football again, he’ll be vilified everywhere except for his hometown. In the late 1990s when the Denver Broncos were the hottest team in football (ah, those halcyon days!), I became a Bill Romanowski fan of the first order when he began playing for Denver–this after years of thinking he was a drug-abusing, violent punk when he played for other teams.
What I’m saying is that we’re suspect. All sports fans are Barry Bonds fans. Bonds is a cheater, but he’s a beautiful baseball player, and even those who are turned off by him will watch him break the record with awe–and enjoy it. 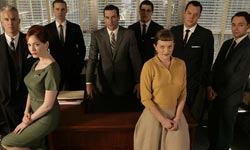