“In Christian music, ‘show business’ is an irrelevant concept,” a Christian singer said in CCM magazine recently. Her statement wasn’t meant as a criticism but a kind of brag, and until earlier this month, it could have served neatly as the motto of CCM itself.

But now the granddaddy of Christian music magazines–fearing that it has become an irrelevant concept–is expanding its coverage to take notice of the likes of Mary J. Blige and U2, “show-business” performers who admit faith into their songs and who Christian kids have been following avidly for years. Show business, it turns out, is just what a lot of Christian kids want, and, increasingly, it’s where the best faith-based rock can be found. As a symbol of their newfound relevance, CCM will no longer stand for “Contemporary Christian Music,” but “Christ. Community. Music.”

Just how relevant CCM dares to become remains to be seen. CCM was founded as the Rolling Stone of the Christian music scene by members of the hippified “Jesus People” movement. The magazine was bought a decade ago by Salem Communications, a media company run by confirmed Southern Baptists. Alarmed by the the 2002 launch of a rival Christian youth-culture magazine, aptly titled Relevant, Salem brought in an crew of cheeky evangelical hipsters to edit CCM. These editors were promptly fired when the new, edgier Christian groups they covered vaguely espoused drug use or simply fled to the mainstream. Efforts to bring in mainstream advertisers also alienated CCM’s conservative Christian ones.

As they bend toward the secular marketplace again, some fear that CCM’s owners will find themselves twisting as they struggle to serve to two masters. And didn’t Somebody suggest that wasn’t a good idea? 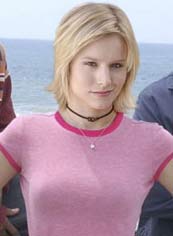