What is the Legacy of ‘7th Heaven’ 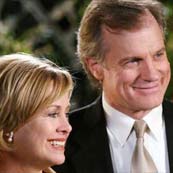 This past Sunday the CW aired the series finale of “7th Heaven,” one of the most successful family dramas in history. At some point, any show that runs a long time runs the risk of veering into soap opera territory. “7th Heaven” was no exception. What began as a drama about a minister, his wife, and their five impossibly good-looking kids turned into an overblown saga about the minister, his wife, their new twins, their kids who left the show but still got talked about, their neighbors, their kids’ significant others, and random orphans who got taken in by the family.

Eleven years and one return from the brink of cancellation later, what will “7th Heaven’s” legacy be?

A large part of the show’s success was its appeal to families. While other WB shows like “Dawson’s Creek” were aimed at hormone-heavy teenagers, “7th Heaven” worked to maintain a moral center. Although we never found out exactly what Protestant denomination the Camden clan belonged to, their Christian faith influenced the show’s storylines. Because the five Camden kids were so different, every young person watching the show had someone they could identify with. The topics covered by the show, whether light (schoolwork, sports, crushes) or serious (homelessness, death, Darfur), were all handled sensitively and with the family’s religion in mind.

And then, something happened. It’s not clear what, but I trace the show’s decline to when the kids got older. No show can stay the same forever, and the producers would have been stupid to ignore the facts that their child actors were aging. However, interesting storylines took a backseat to real-life conflicts on the show. Jessica Biel, who played oldest daughter Mary, scandalized the show’s producers when she posed for scantily clad shots in a men’s magazine.

Creator and head writer Brenda Hampton’s real-life frustration with Biel resulted in Mary being completely written out of character and becoming the “7th Heaven” version of a wild child. Even after Biel left the show, Mary was vilified off camera to the point where her nonexistent character had a more central role in some episodes than people who were actually on the show. After Biel left the show, Barry Watson (oldest kid Matt) and David Gallagher (son Simon) both expressed disinterest in remaining full-time cast members, so their characters were shipped off to med school and college respectively, and were allowed to appear in fewer episodes.

To make up for the migration of original Camden kids off the series, a slate of peripheral characters appeared from seemingly nowhere: assistant pastor Chandler; police officer Roxanne, Simon’s girlfriend Cecelia (a pre-nose job Ashlee Simpson), high school students Martin and Mac … the list was endless. The show’s focus changed, and the central themes were diluted as a result. The show that wasn’t afraid to mention God or discuss theology suddenly had Reverend Camden wondering what plans “Life” had for him.

Furthermore, more and more plotlines revolved around sex. Either characters were having it or they weren’t, but the show’s almost obsession with the topic was distracting and a bit icky. Rather than have one episode to delve into a particular hot-button topic and then deal with it in an intelligent way (an example of this was the very well-done episode where Lucy’s school friend died), entire season-long plots were done around sexuality, like Simon wondering if God would punish him for having premarital sex or Martin fathering an out of wedlock child. What could have been educational and insightful became preachy and muddled.

For better or for worse, “7th Heaven” ended with the Camdens (and some of their assorted hangers-on) literally driving off into the sunset. As the Camdens started their RV and went on their way, I can only wonder how they will be remembered. Will it be for the earlier years, where they sensitively portrayed a religious family? Or will it be for what the show devolved into later on? Regardless, let’s thank God–or Life–for reruns, and see what syndication does to the Camdens. 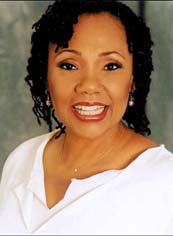