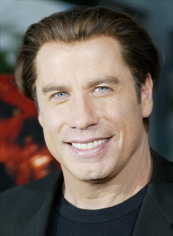 Is John Travolta the new face of Scientology? This week Travolta called on the BBC to kill a segment critical of the organization after BBC reporter John Sweeney screamed at a Scientology representative, “like a jet engine,” in Sweeney’s own words. Travolta said the reporter’s outburst was proof that he harbored “personal prejudices, bigotry, and animosity” toward Scientology. Sweeney said he lost his cool after being spied on and harassed by Scientology members. Scientology answered by posting a video of his rant on YouTube.

We’re used to Tom Cruise representing Scientology, sounding off on issues like psychiatry, pharmaceuticals, and Brooke Shields‘s post-partum depression. Travolta has been content to serve through his work: His film, “Battlefield Earth,” based on Scientology founder L. Ron Hubbard’s novel, was intended to be the first in a series popularizing Hubbard’s work.

But with Cruise depicted lately as a loony–and a mean one at that–Travolta seems to have stepped into Cruise’s spokesman’s role as Scientology’s senior statesman.

'American Idol': The Battle of the Right?
archives most recent
More from Beliefnet and our partners
previous posts