Lately Sean Penn is known more for his provocative political stances, writing about “human shields” in Iraq and documenting a diplomatic visit to Iran, than his provocative roles in films such as “Mystic River” and “Dead Man Walking.” That’s why local Oahu residents are angered over the controversy-creating activist-actor’s recent vacation at Oahu’s Turtle Bay Resort, which has plans to expand along the already crowded North Shore in Hawaii.

Hollywood, Interrupted reports that “Protestors against the Turtle Bay project are concerned that the development scheme to add literally thousands of rooms and additional luxury condominiums to the existing urbanizing blight not only poses an environmental threat to the rural North Shore, but it also desecrates ancestral burial grounds and, overall, will ruin the way of life for the local community.”

Locals are not only “disgusted” that Penn spent $1,000 a night to stay at the posh resort, but are confused as to why the normally outspoken star has remained mum about the cause when it seems like something Penn would support.

“It’s bad enough that Turtle Bay is built upon my ancestors’ bones, but the idea that Sean Penn would pay to support what we’ve been protesting for thirty years makes me sick,” one local told the website. “You’d think even Jeff Spicoli [Penn’s stoned, surfer character] would have more sense than that.”

Or, as Spicoli might say to Penn, “Hey bud, what’s your problem?” 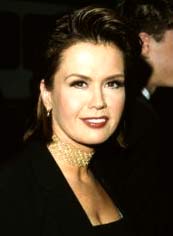 Marie Osmond No Santa Maria?
archives most recent
More from Beliefnet and our partners
previous posts