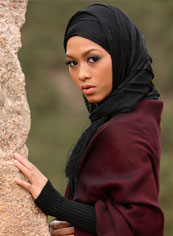 When I worked in Residence Life at Georgetown University, one of the resident assitants (R.A.’s) on my staff was a young, beautiful Muslim woman who always wore a head scarf and whose clothes extended to her wrists and ankles. Her fashion sense was stunning, and each time I saw her I was amazed by her array of gorgeous, brightly colored scarves and the creative ways she found to wear them.

In “We, Myself and I,” New York Times Ruth La Ferla reported this week about Muslim women’s fashion sense–how to dress hip while still being truth to the tenets of your faith, and I was quickly reminded of my former R.A.:

”’Injecting fashion into a traditional Muslim wardrobe is ”walking a fine line,” said Dilshad D. Ali, the Islam editor [and one of my Idol Chatter editors] of Beliefnet.com, a Web site for spiritual seekers. A flash point for controversy is the hijab, which is viewed by some as a politically charged symbol of radical Islam and of female subjugation that invites reactions from curiosity to outright hostility.

“In purely aesthetic terms, the devout must work to evolve a style that is attractive but not provocative, demure but not dour–friendly to Muslims and non-Muslims alike. ‘Some young women follow the letter of the rule,’ Ms. Ali observed. Others are more flexible. ”Maybe their shirts are tight. Maybe the scarf is not really covering their chest, and older Muslim women’s tongues will wag.”’

Young Muslim women in the West struggle to decide where to stand on a line where at one end one dresses more conservatively, and at the other end boundaries are pushed pretty hard, La Ferla reports. And these women must make these decisions in a culture where it is difficult to find shops that cater to Muslim women at all–never mind style-conscious young women.

The young women whose photographs are featured seem to have figured things out. Nobody would doubt their fashion sense, and I certainly came away reminded how beautiful (while still modest) a hijab can make a young woman’s face–framing her features and drawing them out. One woman even had leopard print stockings to boot! 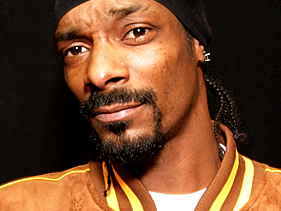 After Imus: Rap Deserves a Slap in the Face
archives most recent
More from Beliefnet and our partners
previous posts