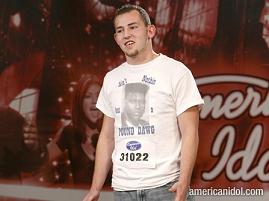 The season premiere of “American Idol’s” sixth season was the show’s most-watched opener ever, with nearly 15 percent of the country watching at one point in the evening. So, is it any coincidence then that the Minnesota auditions featured on the show were some of the most egregious, deafening tryouts of the contest’s history, being dubbed “The Midworst” by media outlets? As judge Simon Cowell says to many a contestant: No.

In fact, the producers are counting on the rubber-necking watchers, courting them with ads devoted to the musical misfits and zooming in on the horrified, wide-eyed, deer-in-the-headlights stares of the judges. (When you can see the whites of Paula Abdul’s usually sleepy eyes, you know you’re going to be in for something truly awful.)

The producers must have been salivating while witnessing the Minneapolis massacre, knowing that they had more than enough choice talentless tidbits to use in ads for the show. The following evening, Seattle unseated Minneapolis as the worst audition city ever, being dubbed a “vacuum of talent” by preternaturally peppy host Ryan Seacrest.

Unless you’ve been living in a cave or in one of the countries that does not have its own version of “Idol,” the show’s format is already familiar. The first several weeks focus on the national tryouts and then they bring the chosen few finalists to Hollywood, put them through a song and dance bootcamp, and whittle them down to the final 12. Then the competition really begins.

Minneapolis yielded such characters as Troy the Urban Amish guy, the opera singer who channeled “Rocky’s” Apollo Creed, and the contestant who decided that he needed to go get a drink of water and walked out of the audition, only to return later to more than lackluster reviews, such as, “What do you think we are looking for, a 2-year-old who can’t sing?”

But why would an audience want to sit through two hours of tone-deaf jugglers and diva-wannabes? For the same reason people watch “Jerry Springer” and that NBC just gave Springer’s “bodyguard” Steve his own talk show: schadenfreude. The German word means “shameful joy,” but no one has any shame about it these days. In other words, people love to watch trainwrecks.

I remember reading an interview in some celebrity magazine wherein the interviewee said that, as much as people are rooting for you on the way up, they are rooting more for your failure on the way down. With “Idol,” this satisfaction is instantaneous; we don’t have to wait years for the cycle to unfold a-la one-time Hollywood golden boy Ben Affleck circa “Gigli.” Humiliation is served up in quick 30-second soundbytes, perfectly packaged for consumption; a collective smack-down for those who dare think they are talented enough to earn our adoration.

On the other hand, there are those, like myself, who watch the auditions with one hand on the remote, ready to change the channel the moment these musical miscreants come on. Not because of their lack of talent, but because it physically pains us to watch the contestants’ eventual humiliation, ridiculous tirades about the unfairness of the judges (the show has been on six years, afterall, so they shouldn’t be surprised), and the heart-breaking crying jags shown in all their snotty glory.

Love or hate the audition rounds, every once in a while a sob story can turn into a success. Just ask Wiliam Hung. 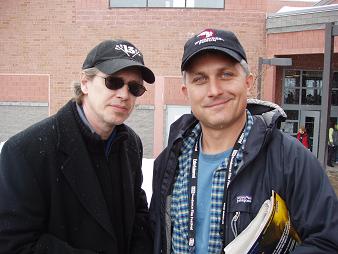 LIVE FROM SUNDANCE: The WindRider Forum
archives most recent
More from Beliefnet and our partners
previous posts