The Biggest Regret of My Failed Relationship

I belong to a Facebook group called Parentless Parents started by my friend and author Allison Gilbert.

I first connected with Allison many years ago when she interviewed me for one of her books.

There is a common theme amongst us Parentless Parents.

We are hyper-conscious of this thing called ‘time.’ 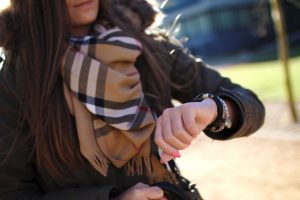 It’s hard not to be when alone at nineteen a doctor ushers you out into the hallway, asks how old you are first and then says, “your father has cancer.” And then at twenty-four years old, you receive the first call about your mother who you will lose just four years later.

I don’t have the typical regrets about a failed marriage.

My spirituality prevents them.

I know all of the bad things were meant to be. God chose this path for me. As a human being did I complicate it? Yes. Did I make some poor choices, stay too long and more? Yes. But ultimately, my faith frees me from any long-term regrets. It is one of the greatest blessings of being a believer.

I will admit; however, it was much harder to get past my regrets as a mother. The pain my children have suffered took years for me to forgive myself for. That is, until my marriage counselor said, “Colleen, you feel strongly how you grew up was meant to be. Did it ever occur to you this is the path God intended for your own children?”

It’s been an emotional and spiritual evolution yet I do still have one regret.

Or should I say the loss of time with those I love?

When the issues started I remember some of my best friends from high school asking me why I wasn’t calling or seeing them as I always had. I also vividly remember my response.

“All of my emotional energy is devoted to my children right now,” I would say.

In other words, I was coping.

My world was failing and falling apart and this left little time for anything outside of my world.

When our problems first began and my husband started acting out my life became unpredictable. I was always running interference. Everything in my world became about my husband and what he would do next.

I would tell him, “You have to stop this and address whatever is bothering you. You are consuming all of my attention and I have children to raise. They are the ones who deserve my attention.”

A home should not revolve around one person.

My biggest regret is not attempting to rescue my marriage but rather keeping it on life support for so long.

It cost me dearly what is most valuable to me.

The luxurious emotional exchanges between family and friends.

Because I have always been hyper-conscious of this thing called ‘time.’

And the moments of irreplaceable love that magically fill it.