Is This a Disturbing New Divorce Strategy?

It’s no secret some men have historically gone to great lengths to leave their wives with either little to no money.

It happens to strong and capable women who are guilty of just one thing – not believing the person they married would ever be capable of it.

You could say these women made themselves financially susceptible by staying at home to raise their children. And this would be true. However, lots of women make the very same choice and do not end up in this situation.

Therefore, this is a tale less of a woman’s vulnerability and more of a certain type of man’s true weakness.

The tactics are as old as the legal system which supports it.

Hugely successful individuals suddenly say they have ‘suffered a massive financial crisis,’ ‘are making less or nearly nothing,’  ‘have lost their jobs,’ or ‘declared bankruptcy.’

Leading this pack are self-employed individuals who can alter their earnings. 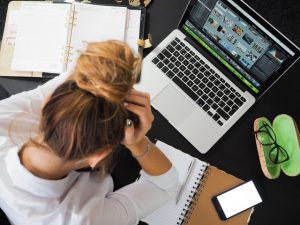 Clearly, aside from custody, these are the cases which monopolize the judicial calendar.

And what are they about?

And what is the net result? The individual goes to court claims they have no money or job and it works.

Hence, to detract from such emotional and financial abuse wouldn’t it make sense to alter the law?

If it can be proven there are patterns of financial abuse  – the abusing spouse would then have to pay more support.

It seems a logical way to diminish financial abuse.

If money is being used as a weapon it needs to be disarmed.

If money is SO important a spouse is willing to use extraordinary abuse and illegal tactics the consequence of potentially having to pay more should shut this down.

And if ever there was a time to do so it is now.

Because a band of brothers has added a plot twist to this already disturbing classic.

They have contrived a way of making their individual poverty more believable. And at the same time making their spouse the fall girl AND further compromising her financially. And worse, who is this truly happening to? Children. No child deserves to be held captive in these often lengthy cases of financial abuse.

HERE’S HOW IT WORKS:

Optional but solid for the strategy, take out credit cards or loans in wife’s name  – TOO MUCH SPENDING – CHECK

Then the Piece de Resistance…

File for divorce claiming all savings and retirement is gone because the wife is a big spender and you have lived beyond your means for many years. What marriage could survive such a financial collapse? Clearly, the divorce is an unfortunate by-product of financial strain.

Quite good storytelling if it wasn’t all so troubling.

It’s hard to tell if this began with and is still isolated to a certain group of men who hatched the tactic or if it is spreading.

The good news – It’s possible to prove fraud on the credit cards and loans and other forgeries. Also, with good financial record keeping, it should be possible to prove there was historically no history of financial strain nor of living beyond means and being a big spender.

The not so good news – These credit cards and loans are taken out without the knowledge of the wife. Therefore, the wife may not know they exist if not involved in regular finances or periodically running their credit reports. How is a spouse kept in the dark? With the use of a PO Box.

The bad news – It can be difficult to find savings or retirement if it was being siphoned for too long. This is entirely possible with individuals who are calculated and manipulative enough to carry out a strategy such as this. Additionally, they use illegal forms of hiding assets making it harder to trace.

The really bad news –  Credit has been ruined which further destroys financially any ability to get credit card limits large enough to meet any major expenses or unexpected emergencies or qualify for housing. Therefore potentially leaving the unsuspecting spouse with little to no savings, alimony or credit. A huge financial conundrum.

The really really bad news – Men who do this get away with it first and foremost because they have crafted such a devious story. But more importantly, because they will ruin their own credit to achieve their objective. Thus leaving the court pondering if the individual is devious or dysfunctional? It falls under the military ‘scorched earth’ strategy. Burn down the whole village if it means winning. And men who do this have hidden enough money they do not care about their temporarily ruined credit if it means they get all marital assets. They do not care if they declare bankruptcy to get out of tax or other debt. Because they still have the money they have illegally hidden.

But all good stories have great endings.

The strings that tie up the loose ends bringing it all together.

They have both the time and money to travel, resume all their regular expenditures and buy cars. Oddly, they couldn’t afford to keep the repo man at bay while divorcing.

They appear bewilderingly lighthearted for a man with bad credit. And not at all weighed down by the burden of seemingly having no retirement money.

And for men with such burdensome financial troubles and poor earnings, they remain in their self-professing floundering industry with no complaints.

Housing doesn’t seem to be an issue either yet the spouse whose credit they ruined can’t find housing because of it.

This is a frightening tactic.

This is destruction, not divorce.

Children are left without groceries, school supplies, health insurance, and more. Children who are answering the door to sheriff’s deputies serving warrants in debt, mortgage companies checking to see if the house is still occupied. It is children who spy a repo man sneaking up their driveway in the wee hours of the morning.

In any other court of law, a person would be prosecuted to the fullest extent for…

Taking out credit cards in another person’s name.

Forging another person’s name on legal and tax documents.

Hiding and stealing money from a person or a business partner.

Partially because the laws are antiquated,

partially because the courts are overwhelmed with these types of cases,

partially because a judge has little to no time to distinguish which party is telling the truth,

partially because the self-employed can abuse this process and not get caught,

partially because of a bro code and good ole boy culture which still exists where otherwise good men look the other way,

and partially because people who are willing to be this manipulative are quite frankly good at it.

But mostly, because this type of emotional and financial abuse has been permitted in divorce for too long.