Why I Have Chosen to Walk Away From My House

The past few months since the finalization of my divorce haven’t worked out quite the way I expected.

It honestly, has left me at a loss for words.

Not because I didn’t still have a story to tell but because it was no longer the way I wanted to present it.

And not because it’s not relevant. 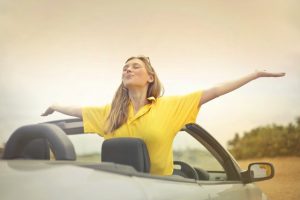 All of the divorce obstacles and issues I have faced are still very relevant and it’s a conversation I will continue. But I had hoped this would now be dispersed over the tellings of my next great adventure and the optimism eventually found in times of once resisted life transitions.

I guess what I am trying to say is I am ready to become an advocate rather than appear as if forward motion somehow repels me.

So I tried to wait it out. I tried to see if what I once referred to as a post-divorce hiccup would soon correct itself and I could visit the column notes I have been eagerly compiling for this next phase of life.

But to no avail…The hiccup remains.

So let me catch you up as best I can.

The next month all of the provisions in the court order were ignored. BOO!

So we (My lawyer and I) set about enforcing those provisions.

For instance, you’re in contempt and don’t pay support. You leave someone with no ability to fully pay their bills and take their credit score down even further impacting their ability to find a rental. Sounds wrong, doesn’t it? And the whole court order thing makes it sound illegal, right?

If they are a month or more late but finally make a payment right before the threat of court – you don’t go to court.

This is the type of cat and mouse game which oddly makes divorce FAR more exciting to some. And FAR less exciting to those of us who have been trying to same GAME OVER for five years.

Add to that contempt you were supposed to take reasonable steps to sell a home amongst several other things and you don’t. Also, oddly sounds like this could be enforced. But here’s where it gets less black and white and more loosey-goosey again.

It costs a lot to go to court so initially, you try and come to some middle ground.

Even though it is contempt which should be enough to make it fairly certain this is probably someone who won’t find their way to that middle ground. Instead, they will leave you treading in the water. While you pack up a house which you now fear the bank can take because contempt of prior agreement has several mortgage payments unpaid. So you spend several weeks in a frenzy cleaning out the house and frantically trying to find potential places to live. Oh, but that’s right – you left with no savings to put down on a rental to make up for the credit an individual ruined once you said you retained an attorney to leave.

Then, the welcome relief.

Court order enforced and mortgage payments brought up to date. At last, reasonable steps to sell the house can be taken. Or can they? Nope, stalling is a particularly effective tactic – call it running out the clock so they use up two-plus months and now finally they agree to sell the house.

Oopsy. They’ve waited so long a bank can now soon take the house again among other things.

Their bad. They didn’t mean to do so.

So I’ve brought you up to date in my life.

With what many out there already know. The divorce system is fraught with abuse and unfortunately, it works in their favor. And it’s a game they have perfected and know how to play well as many of these individuals are concerned about winning not ethics.

Remove anything and destroy anything which could be of benefit to the enemy.

Aka, a potential profit on a house.

So I am finally doing what any good soldier would do when they finally understand what they are up against.

Walking away from our home.

Is it the legacy I wanted for my children?

They should have seen two parents work together to sell their childhood home responsibly. Especially months ago when inventory was low and the potential looked good. But how many times can I let them witness the inability of their parents to resolve situations together? And how much longer can I keep them in a position of conflict?

Five years ago when I retained an attorney, I thought it would be enough to leave without savings or retirement which somehow had miraculously vanished.

And then again, I thought it would be enough to leave on a curiously reduced income of a business I left my job years ago to help build full-time. As well as investment properties which I initially took a part-time job to begin saving part of the deposit for.

Because all I was asking for was several years to have enough monthly to start over after staying home for many years and needing time to rebuild.

One spouse leaves with absolutely none of the savings or retirement and the support is based on an income which was less than what was earned twenty years ago.

Of course, one thing couldn’t be mysteriously misplaced. A business buyout in the future but even that was again miraculously lower than nearly thirty years ago.

This would be the magic of the self-employed or independent agent in the divorce process.

I am going to continue to share a few post-divorce hiccups but don’t think for a minute the future doesn’t look bright. Because it does. As I always say, I believe I fell down farther than most so I can help others get up. This is a part of my story. The good, the bad, and the ugly.

And I knew this was going to happen.

I am not naive after all I have experienced. As someone close to me intuitively says this is someone who is predictably unpredictable. I just thought I would have a year or maybe two before contempt or sans any support at all. It simply came sooner than I expected.

And I have now made peace with this being the way my children and I leave what is now a house to me but will forever be their home.

Would it have been easier for them to know a young family moved in to recreate the happy times they once knew? Sure. Is a bank eventually taking a house ugly? Yes.

Back to the Scorched Earth Strategy.

They don’t leave a house standing.

So I am walking away.

My children and I won’t be here to see it proverbially burn.