Sisters – Hope Behind the Kardashian Krisis

There’s nothing newsworthy about siblings or people who love one another arguing.

But when you are reality television celebrities it seems all is fair in love and war.

First, let’s stare down the saddest of the sister sling’s – “You’re the least exciting to look at.” 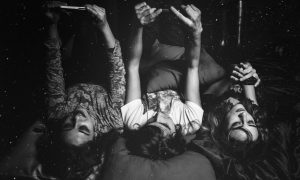 Nothing could be further from the truth.

All of the Kardashian’s are ‘gene blessed.’ Kourtney is not only gorgeous she has one of the greatest gifts beauty can bestow. While age diminishes the light of most, it only seems to increase her beauty.

The love between them is undeniable.

In truth, it is probably one of the greatest reasons for their longevity.

If the world couldn’t discern this they would not have captured such a lasting televised legacy.

They are infinitely connected.

Their dilemma lies somewhere between a lack of respect and good communication and their devotion to one another.

First, let’s speak to their devotion to one another.

One of their undeniable strengths is their connectivity. A love which has no boundaries. One which does not know where one of them stops and the other starts. They have been there for one another throughout many losses and ups and downs. They have the degree of caring and intimacy which makes it difficult to see one another suffer in any way nor veer too far from one another in any way.

Essentially this seems to be what Kourtney is trying to communicate – she feels bad about herself in certain situations.

Why? Because a lack of respect begets a resounding call to ‘judgment.’ It includes terminology such as, “She Always,” “She Never,” “Everyone thinks so,” “Why doesn’t she?” “We all do.”

A crowdsourcing of communication.

Disrespectfulness says, “I can convince you what you are thinking or how you are behaving is wrong because look how many people I have crowdsourced to agree with me in order to prove this point.”

The bare bones of it?

In solving both dilemmas?

When one lets go of their own ego long enough to allow someone else to be who they are, a tolerance emerges.

An exuberant and joyful tolerance of individuality.

Something which can be truly hard in unbelievably close-knit and loving families.

“I love myself enough to allow you to be who you are. I am no longer threatened. If you take a different path, I realize we will remain just as close. I do not need you to be exactly like me. I now understand it is an immature ego which accompanies a need for control. I realize I sometimes confuse love and control. Not because I do not love fully but because control makes me feel safer, as if you will always be here. I know we can be who we were each meant to be without telling one another what that is.”

The Kardashian sisters are safe.

They will always be there for one another.

Like most families, an elevated awareness of respect and good communication can only improve their already close and loving relationships.

It will take time, awareness, and counseling, to actually listen to and hear one another when they are upset. If showing up on time is important to one of them, it should be important to all of them.

I do not have to agree, but I do need to respect what those I love find important, worrisome, stressful, etc.

This family still loves one another.

They are just so close and so interconnected it’s difficult for them to allow one another to do what they want.

No, not because it comes from a bad place but because all of these years they have been such a tremendous support system to one another they have a difficult time letting go.

Rather than judge them…

It’s actually possible to love someone so much you have difficulty allowing them to be who they are if it means they seem to be straying from the infrastructure which made you all whole.

It doesn’t mean what was said isn’t horrible and hurtful.

It just means what we have long known.