Relationships are born from sharing.

It is where emotional intimacy is created.

Society today has a love-hate relationship with technology. 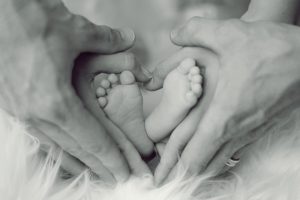 But it may be more important to embrace these advances while empowering yourself and making them fit into your life.

They are here to stay and no different than the previous generation complaining about the dangers of too much television.

The most important conversation about technology and those we love is “How is it impacting my relationships?”

It’s critical to get a handle on it rather than being wrapped up in the daily grind.

Individuals who live in a home without sharing, aka, emotional intimacy may end up becoming more like roommates than connected family members.

But shockingly, it isn’t just technology which is endangering family intimacy. It is some of the choices we have chosen to make in raising our children today.

Imagine the visual of toddlers doing what is called ‘parallel play.’

Parallel play is when children play in a room independently of another.

They look happy enough while engaging with their own toys in their own imaginary world but they are not truly cognizant of the other child.

Just how much parallel play is happening in your own home?

A few small changes could bring the family together for much-needed experiences, sharing, and bonding.

Televisions and Computers in Bedrooms

There’s a true danger to televisions residing in children’s bedrooms.

When every individual in the house can retreat to their own rooms and watch what they want there exists no opportunity for shared experiences.

The type of moments in a movie where a family can be moved to communal tears or laughter.

Furthermore, it impacts other childhood lessons such as communication and compromise.

When a family comes together to decide what they will watch critical lessons of communication and compromise are being learned. It isn’t uncommon today for children to retreat to their own bedrooms rather than remain in a family room because they choose to watch what they want to watch over being together.

The same can be said for computers. They need to find their place in a house and laptops should be used occasionally. The most important lesson really is to have this conversation with your children. You are not limiting or restricting their luxuries but instilling the importance of family time.

One of the highlights were pockets attached to the wall above each table where cell phones could be deposited.

Chip Gaines said his hope was people would enter their breakfast place and choose to focus just on family for that time.

Interestingly, much has been said about meals and cell phone use, but this meaningful addition to a restaurant actually took the steps to do something about it – in a positive manner.

It wasn’t don’t use your cell phones.

It was a reminder time with family and friends is precious.

This is having a definite impact on families.

There are tons of lessons and sports to be attended.

It is not unusual for parents to divide and conquer for a day or the weekend. A mother to drive one child an hour away and a father to drive another child and even friends helping to get children where they need to be.

People who are pro this lifestyle will say there is also communal time driving to tournaments and spending the weekend together but there are larger lessons here.

The family is revolving around the individual.

From a young age, it is not uncommon for children to miss family get-togethers including important ones such as Communions or graduations. Not only missing critical family time but sending the message the individual’s agenda comes before the family.

Our children won’t be playing sports or taking violin when they are thirty but they will still need their family.

A happy compromise would be to return to the days where sports and lessons were more balanced. Sports were played in backyards and on the school playground and organized sports much more laid back. Additionally, some started at later ages. And lessons were to enrich a child or speak to their passion not to excel.

There is nothing in this world more precious and beautiful than the family.

And nothing greater than the love of a parent.

It’s crucial parents consider the type of relationships they hope to gift their child.

And if enough emotional intimacy is being fostered within the four walls we call home.