How Often Does a Spouse Consider Leaving Before They Do?

I once heard the average unhappily married person considers leaving at least ten times before they actually do.

Personally, I think the number is probably much higher.

Marriage is a huge commitment which most people take very seriously. 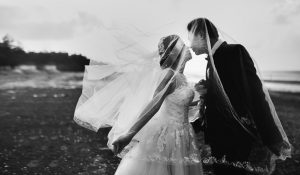 Hence, why people fail to leave when they first instinctually feel the relationship cannot be repaired.

Of course, no one should leave immediately.

After all, it is a commitment we enter into with the intention of keeping for an entire lifetime. The difficult work of trying to work on and save the relationship must be done whether it be through counseling, self-reflection, date nights, or mutually deciding to focus on one another. This is even more critical when children are involved. Any individual who decides to have children gives up the luxury of an easy out.

However, some relationships cannot be saved even with due diligence.

If I were, to be honest, I knew my relationship was in trouble in the engagement phase. The sudden bickering and coldness, yet I rationalized many couples argue during the stress of planning a wedding. I was just too young, as insightful as I was to see the red flags.

Once married, there was a distinct change in my husband.

I have long said I never married the man I dated all those years. I

It was more than confusing to me. I had difficulty determining who this ‘second’ side of him was and why it seemed to emerge only about twice a year though when it did, it rose with a fury.

I knew had I lived even a tad bit closer to my family I would have left far before I initially did. I have no doubt and even remember thinking that back then. Many of those episodes would have made me walk out the door and right through my mother’s door.

Eventually, after eight years of being married, I began to recognize what instigated the pattern of behavior and knew I needed to leave.

I told my friends and neighbors closest to me I would not be coming back and my two boys and I went to live with my sister. It only lasted for three weeks because, at that point, I do believe I mattered enough to my husband that he relented and said he would go to marriage counseling.

At first, I would say it was a success. We moved and enjoyed nearly six years of truly being happy again. I felt as though I had my best friend back. Sadly, it was not meant to last.

In our case, I believe we might have had a greater chance had our first marriage counselor been a psychologist. Some marital problems are communication or finance based and others are due to much larger behavioral issues. Had we seen our current counselor when my husband was younger and cared more I believe it would have at least increased the likelihood our relationship could have turned a healthier corner.

Fast forward after those six years of recaptured bliss and I began to recognize old patterns of behavior surfacing. I also found myself living with someone yet incredibly lonely. So I told my husband it was lonely being married to him and I dreamed of meeting someone one day who would genuinely make me feel cared for.

Here is where all you know what broke loose.

My marriage counselor told my husband I was communicating. My husband would have none of it. He was outraged.

I was once again ready to leave and it was why I shared the isolation I felt.

Only this time was different.

I was detached and quite emotionless. Having re-established a healthier love and friendship again those six years, I was absolutely not willing to go back to the past.

To my husband’s credit, he did truly seem as if he wanted to repair things.

It took two years to really get our relationship back to a place of genuine love and then this would be the second time all you know what broke loose.

That outrage my husband felt had never left him and it didn’t matter how many times we discussed I was merely sharing my feelings in counseling sessions. He would have none of it. This would be the place where I went from being my normal strong self to becoming weak as my husband picked one of my greatest Achilles heels as a tactic for revenge.

I stayed regardless of the fact he had made my greatest childhood fears come true. I loved him that much. I told myself he was a good person in a bad place. He just needed to get to the bottom of what was bothering him.

And herein, started a cycle of trying to free myself from someone who didn’t necessarily want me anymore but who felt me leaving was winning.

There you have it.

My story is not unique.

I talk to men and women every single day who express how many times they thought to leave. How they absolutely knew they should be treated a certain way or put up with bad or unhealthy behaviors. And how staying brought them to an unhealthy and weakened and lost state.

The long and short of it?

And how difficult it is to let go of love…

And you have hit the marital dilemma trifecta.

It keeps us thinking of leaving rather than taking the necessary steps when we first should. 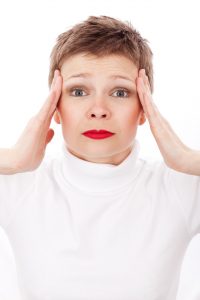