5 Ways the Enabler Benefits from Divorce

In the beginning of my divorce, I remember having lunch with two of my girlfriends.

“Why does this always happen to the kindest women?” One asked while the other agreed.

“It’s not kindness,” I replied. “There are plenty of kind women who are happily married. It is kindness with zero boundaries and a lack of self-protection.”

This is something my marriage counselor tried to instill in me from the beginning.

He would tell me I needed boundaries and to self-protect.

It took a long time for me to comprehend this. I confused these two healthy things with selfishness.  If I could help someone why wouldn’t I? And of course, we should help others. My problem was I didn’t know where to set limits. 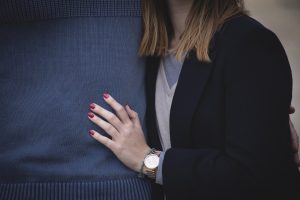 I was attempting to rescue the world.

By the way…very unhealthy. Much healthier to have some healthy limits.

And in my marital relationship, I made little to no demands.

Remember, as the child of a strong single mother who did it all so did I. It appeared we had a traditional relationship but nothing could have been further from the truth. It was I who paid the bills the first nearly twenty years of our marriage, I built the business with him, I took care of home repairs, I mulched the yard, I handled the purchases of cars, buying or refinancing of homes, investments, etc. I did all of the home care and management. He went to work.

That was his responsibility.

In the typical traditional marriage, the husband is handling the maintenance, bill paying, yard, etc.

It was difficult for me to see the imbalance because he was very successful. I felt I had a great life and was grateful. The truth is the relationship should have been more balanced especially with the amount of time he had off in a year. I was more like a mother than a wife. I handled everything except for his job (oh wait, I did that for a time as well). And he handled only his job.

Of course, my husband would disagree especially since it was my attempt to set boundaries which made everything turn upside down. Therefore, his most recent memories are when I finally said enough was enough and asked for help with the children and the house something his traditional mindset found appalling.

And when I set the most significant boundary which he never forgave me for.

I told my husband it was lonely being married to him and I thought about what it would be like to be with someone who actually cared about me and my interests.

It never worked out setting limits of self-protection and boundaries within my relationship. Hence, why my marriage led to divorce.

But as an enabler, I have garnered many benefits from divorce.

My friend “Rosalita” gave me a wooden sign with a quote on it in the beginning of my divorce. “You never know how strong you are until being strong is your only choice.”

I had no idea how strong I truly could be.

In fact, I never believed I was strong as my mother. She was tougher than I am and not at all a worrier. I used to believe I could not overcome the type of obstacles she faced.

But it turns out the quote is on point – “You never know how strong you are until being strong is your only choice.”

I have graduated to a point where I understand it is okay to put your needs first sometimes and walk away from repeatedly unacceptable behavior.

It was exhausting as I got older to try and be all things and frustrating to not be heard when something mattered to me.

3. A Greater Understanding of Kindness:

Kindness and respect are paramount to me.

I now understand I can be kind without being taken advantage of.

This is along the lines of boundaries but it is important enough for me to list it as another benefit because kindness was the goal which confused my intentions. It confused me. I had just one definition of kindness.

I realize I can be very kind while still having some boundaries and self-protection.

I have gotten my inner moxie back.

I was in fact, the pleaser and fixer, and rescuer my marriage counselor has said I am. However, I am also the strong and capable leader he has described. During my marital difficulties one just temporarily toppled over the other.

Taking my power back was one of the first steps in disconnecting my inner enabler.

I never put up with certain behaviors from a man when I was younger and just because I was trying to save my family did not mean I had to today.

5. Abandoning the Role of Rescuer:

Being a rescuer though satisfying in many ways was exhausting.

It’s not my job to fix another adult and a healthy adult would not put me in that position.

It’s their responsibility to be self-accountable and self-responsible. It’s their job to grow up and address their own bad behavior.

The other benefit of no longer attempting to rescue another individual? They can no longer turn their bad behavior back around on you to justify their actions.

Divorce is not all bad.

Once you get through the bad.

You see the good.

You see the growth.

And you recognize the benefits of getting yourself out of an unhealthy situation. 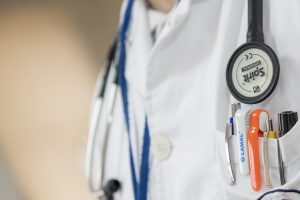 Is Divorce Bad for Your Physical Health?
archives most recent
More from Beliefnet and our partners
previous posts