How to Spot Your Perfect Match 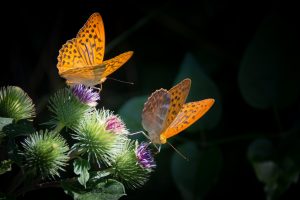 Love is in the air.

The birds are chirping. The sky is blue. The butterflies have taken residence.

Make sure while hearts flutter, the feet are planted or in other words, grounded long after the butterflies flee the coop.

Choose a person who centers their being around the following powerful foundational truths:

1. God comes first in their lives:

How do you ensure you have chosen someone who has a great capacity to endure life’s challenges together? The type of person who doesn’t simply survive but thrives through ‘in good times and in bad?’ Find an individual who leads their entire world with God first.

This does not necessarily mean a churchgoer or someone who claims a particular religion. This means a person who lives a life centered around God in everything they do and not by a label or one hour a week. The type of individual who has a servant’s heart and is guided by spirituality and purpose.

A person who is rooted in faith will recognize the hardships as shaping both their lives and their relationships. They will be more likely to roll up their sleeves rather than roll out the door.

2. Family is at the core of their lives:

A family is an immeasurable source of strength. They teach us a great deal about loving and being loved. A person who is close to their family will have a strong sense of priorities. They will generally have the foundation to choose the people they love over less important things, such as career and success when the need arises.

A family that shares a genuine emotional intimacy with one another will band together through thick and thin. Additionally, these types of families derive an honest joy in their togetherness rather than view the family as a commitment to be kept.

A person whose family is at the core of their being is shaped by love and loyalty and will prioritize you properly in their lives.

3. They live their values rather than speak them:

A person who has a substantial dedication to their values is unmistakable. They are often easy to describe because their values are demonstrated in their actions. When that individual’s name comes up in conversation, they will be characterized as generous, kind, thoughtful, honest, loyal, etc.

In general, it is not uncommon for people to have a set of values they live by. The caveat here? Are they acting on them or judging other people by them? Another thing to take into consideration? Fun people can often be charming. It’s important to watch behavior long after the clock has struck midnight.

People who authentically live their values do not need to verbally explain them. In a relationship with this type of individual, you will be treated to that same high standard.

4. They believe in acts of service:

It is an elevated consciousness. A critical component of someone with an especially keen ability to fully love another person.

These exemplify a foundational essence of enriched love. These qualities are key in spotting a person who will love and prioritize their spouse. Thus, leaving more time for blue sky carrying butterflies to return. 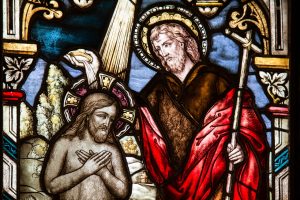