5 Surprising Benefits of a Broken Heart

You’ve just had your heart broken. You’re under the covers, Kleenex in one hand and wine in the other, watching what else? The Notebook.

After all, it was your favorite movie. You used to watch it together.

Once you’ve sufficiently punished yourself with sappy romantic drama, you grab your phone. What could it hurt to give a quick listen to ‘your song?’ At the most, another box of Kleenex at the relatively small investment of $1.49. It’s a bargain.

Broken hearts inspire classic reinventions of a standard scenario. Only the props change.

The Kleenex, however, remain a staple. At least for those who care about mascara on their pillow. 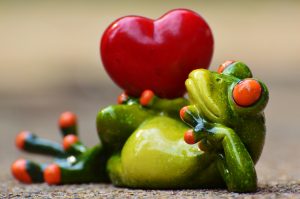 There is no way around exercising the pain of heartache. Nonetheless, there are some surprising benefits of a broken heart.

An adequately broken heart gifts us with higher standards for the next relationship. There is nothing like a little pain to teach us what we will and won’t put up with in the future.

You may have decided you aren’t willing to wait an hour for someone in a restaurant or put up with someone who doesn’t listen to you. You may realize that you don’t want a person who criticizes you or ‘forgets’ to text you back.

Misery is a powerful mentor. Hence, why difficulty forces more growth than happiness. There are nuggets of wisdom unveiled in failed relationships. Perhaps you gleamed you prefer someone with more similar interests, values or goals. Conversely, maybe you determined you are more of an ‘opposites attract’ type of person. A relationship that has run its course can provide insight into the kind of person who may make you happier the next time.

You don’t have to be Nicholas Sparks or Adele to be inspired by heartache. Pain causes deep personal reflection, regardless of being an author, singer or film producer. Each individual has the potential to spark this creativity and utilize it as a healthy outlet for their suffering. It could be as small as creating a vision board and bucket list. It could be as large as writing the next great romantic novel. It could be dabbling with painting or cooking. It could be journaling. It could be expending the effort to determine what a great creative outlet would be for you and then embracing it.

Goals are at their core ‘hopeful.’ They promise opportunity in the future. It is a good practice to continually update all goals including relationship goals. A broken heart allows the opportunity to update relationship goals. This elevates clarity of all the qualities and hopes you have for a life partner. Maybe your initial goals included humor and kindness and after this failed relationship you now want to include spirituality and generosity. This brings you closer to a better person for you and gives you new hope of meeting someone else.

Think Gloria Gaynor singing “I Will Survive” and Helen Reddy belting out “I am Woman.” These songs were born of Heartache. There is a cycle to grief, and misery evolves towards anger and defiance and ultimately, increased strength. Each time we let go of a person we love we become empowered by the experience. 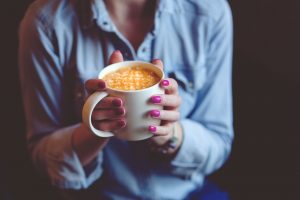 10 Quotes Inspiring Hope and Courage in This Pandemic