My son says something that stops me in my tracks.

I stop what I am doing. I realize that my sons are becoming young men and no longer the children of yesterday. Hence, the ability to actually verbalize this question rather than silently wonder.

“Of course,” I say. “I wouldn’t have married someone who is not a good person.”

As a child of divorce myself, I understand why he wants this to be true. I take a moment to think before I continue. I realize that he needs reassurance.

“Listen,” I say “My dad was a wonderful person and we had a lot of great years with him, but alcohol eventually took over his life. We all have free will. My dad came to a fork in the road. A moment in time where he could have chosen to get help but he did not. At that point, the illness took over and we lost the best part of him.” 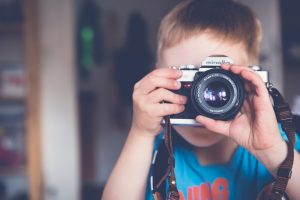 I see my son digesting what I have said and I continue.

“Your father is a wonderful person and we had a lot of great years with him but when he encountered certain things in life, he had a choice to make. He came to his own personal fork in the road. It was up to him to choose what he would do with his free will. Unfortunately, the choices he made is what now leaves you questioning whether he is a good person.”

My son nods his head as if to signal that he is finding some comfort in my words.

“When he made those choices we lost the best parts of him,” I say.

My son gets up and walks out of the room.

I think back to a conversation that I once had with my own father. My parents had been separated for years before they finally got the divorce. Part love and part old school Catholic. My dad ultimately decided to marry a few years before he died.

“Colleen,” he said. “I am getting married because I am lonely but I will never love anyone the way I loved your mother. We just couldn’t get along.” 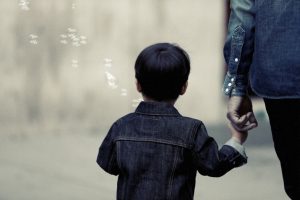 This was a gift that my father gave me. To be told that regardless of the imperfections of two people, that I came from a place of love – even if it no longer existed. Of course, I was wise enough to know the second part of his sentence was the alcoholism speaking. In his mind, they couldn’t get along. When in fact, it was the alcohol that came between them.

I’ve written this many times, my mom said things she shouldn’t have said, she yelled and got mad at my dad. However,when the dust settled, she spoke gently of the man who had stolen her heart and never returned it.

In the midst of our worst problems, I reinforced that my husband was a good person in a bad place. In other words, I gave my children a sense of peace and did not put them in a position of conflict. No, I’m not a saint or a martyr. Adults make choices that put their children first.

Or at least they should! A parent’s primary instinct should be to protect their children.

Children want, need and deserve to know that their parents are innately good people who perhaps made bad choices.

Children want, need and deserve to know that they came from a wonderful love between two people, regardless of the relationship ending.

Children want, need and deserve to know that it’s their right to love each parent and to be loved by both their parents.

Ultimately, children want, need and deserve to know that both of their parents are good people who just couldn’t make the marriage work.

After all, wasn’t the parent just leaving the other parent?

The outside world can believe the divorce bully.

The inside world is at the doctor’s office when a nurse tells their mother they are uninsured.

The inside world is answering the front door to a sheriff’s deputy serving a warrant in debt for unpaid bills.

The inside world is watching a car pull in the driveway from a mortgage company to make sure people still live there.

The inside world is answering the phone to debt collectors.

The inside world is sitting on the side of a road at night with a broken down car that should have been repaired.

The inside world is in the grocery store with their mother when her debit card won’t work.

The inside world knows they never lived like this until their mother retained an attorney.

The inside world asks questions, “Is their parent a good person?”

Divorcing individuals need to remind themselves – they are not, in fact, getting back at their spouse.

They are getting back at their children in the process.

And sadly, making divorce, not about two otherwise good people who no longer love one another. They are making their children wonder if that parent is a good person because good people don’t behave this way. 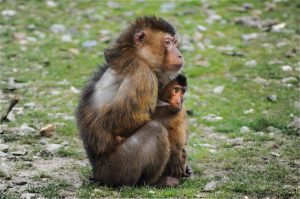 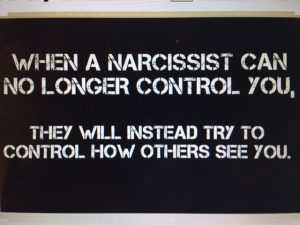