5 Signs That You Need an Emotional Wake-Up Call

It’s not complex arthrometric, positive emotions add to our lives while negative emotions subtract from them.

When it’s stated this simply, it’s amazing that anyone loses sight of this uncomplicated metric.

But people do stay in bad relationships and jobs they hate. They remain, volunteers or caregivers even long after they have burned out and should ask for help. They tolerate unhealthy family or friend relationships. All in the name of being strong, of sticking it out.

All in the name of being ’emotionally generous.’ 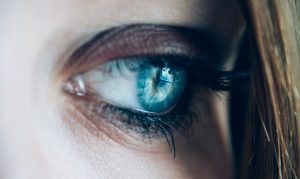 When they finally take the time to subtract the negative from the positive it equals zero.

It’s a given that most individuals can identify the changes that accompany stress, frustration, and unhappiness. The problem is it’s usually quantified by the end result. The after effect of putting up with too much for too long. At the point when a person has finally lost all interest in hobbies or exercise. When they have not slept for months or conversely are sleeping too much.

However, if individuals prioritize this uncomplicated math formula, perhaps more would catch themselves before they get to advanced emotional distress. A far greater challenge to overcome when your personal equation has a negative balance.

Instead, look to the following warnings as an emotional wake-up call or preventative care – as the symptoms that open your eyes before the end diagnosis. 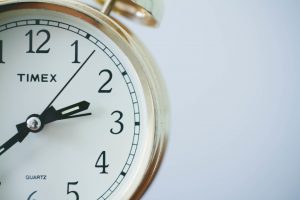 YOUR INNATE DISPOSITION IS CHANGING: There has been a significant or severe shift in your personality. Perhaps you have always been laid back and now you’re stressed. Maybe you were a great communicator and now you yell.

YOU CHANGE YOUR DAILY HABITS: You have become disinterested in either little or big things that used to be a part of your daily, weekly, such as Entertaining, reading, hobbies, crafts, exercising, etc. Do not confuse this with simply being unhappy. Letting go of things that are innately a part of who you are is a sign that you are functioning only could still be depressed.

YOUR SLEEP PATTERNS ARE CHANGING: You are either struggling to fall asleep and stay asleep, having a hard time waking up or sleeping too much.

YOUR EATING HABITS CHANGE: You are either eating less or eating more. The problem is often when this happens instead of catching it within the first five to ten pounds as a wake-up call it is ignored and turns into bigger weight gain or weight loss.

YOU CAN’T STOP TALKING: Over-talking about a frustration is an enabling trait. It’s indicative of staying in a bad situation too long and putting up with too much. Therefore, just like enablers need to walk away from relationships where bad behavior is recurring more than once or twice. The same should hold true for over-talking. If the same conversation of frustration is happening more than several weeks or months. It’s time to see that repetition as a wake-up call.

We know what signals stress and sadness once we have held onto it for too long. However, we accept these common traits of sadness and depression as normal under the stress and unhappiness or circumstances.

These traits should not simply be attributed to unhappiness or depression, but rather like a sore throat that leads to the cold. When we get a sore throat, we think to ourselves that we do not want to get physically sick. The same remains true for emotional well-being. The absolute first sign of any of the above should lead to a complete review and diagnosis of your emotional life.

Stop looking at these as ‘symptoms’ as we have been thought to do in the past. Do start looking towards ‘preventative’ emotional health care.