It’s a challenge to have the proper level of respect in a relationship. Two different individuals from separate backgrounds and families are blending a lifetime of unique history. Therefore, it’s human nature to want to duplicate our own individual worlds.

However, relationships demand that we adjust two worlds and combine them into a best possible ‘one.’

It must be a compromise of allowing your significant other what is most important to them and perhaps less important to you and vice versa. It is essentially conceding that though you both may have grown up differently that neither should control the union.

Respect does not mean giving into every single thing, but rather understanding and respecting the most important values, concerns, beliefs, worries, joys, etc. of your significant other. Every single person has pressure points that are significant in their own world. The things that cause them the most stress or happiness.

Therefore, respect is allowing a person to be exactly who they are regardless of differences.

Respect could be called the best relationship elixir.

It can solve numerous relationship issues:

No Yelling: When an individual is willing to respect their partner’s wants and needs it reduces the type of frustration and hopelessness that induces yelling. There is no need to escalate when one feels treated with respect.

Reinforces Better Communication: Respect reinforces better communication within a relationship. The act of showing respect means one is listening to another’s concerns. Therefore, it produces more of a conversational flow rather than an argumentative flow of communication.

Conflict Resolution: Respect allows for the type of individual tolerance and give and take that keeps a relationship balanced. When one feels as though they are being respected and heard there is little reason for the conflict to continue. The lack of fighting someone on issues that are important to them provides the opportunity to resolve the conflict more easily.

Increases Feelings of Value: A respected individual has a great sense of personal value. They are not fighting to be heard or understood, they are being accepted and treasured for their individual sacredness. 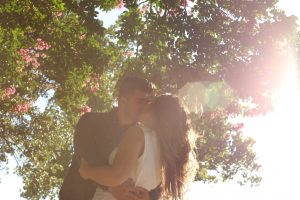 Are You Listening to What God Teaches Us About Respect?
archives most recent
More from Beliefnet and our partners
previous posts