Sometimes lately, I sit next to people, my people, the ones that used to know me. The ones I feel most comfortable around.

Only there is an unspoken vibe.

They stayed with me through the worst of it, they ushered me along and listened (Boy did they listen so much longer than they should have), then they saw me smile again. They were happy to see that smile and honestly so was I.

It was SO familiar.

It was as familiar as the unfamiliar ‘unhappy’ had become.

I reveled in it. The reemergence of the new ‘old’ me.

Only it didn’t take long before I realized there would be a period of adjustment for me and for them.

I knew this truth because I had taken this ride with one of my best friends from high school following her divorce. I was so happy when she divorced. I was so ready to greet the new ‘old’ her. It was a surprise to realize that wouldn’t happen right away.

Yes, down deep she was still the same friend, but she had evolved in her journey. She wasn’t quite who she had been and nor, was she someone else.

I had a decision to make.

Did I want to allow her the changes in her life and keep her in mine? Or did I want to continue to need her to fit into my life in the same way that she used to?

I won’t lie. At first, I wanted the old fit. It was the most comfortable.

People don’t like change and I am no exception.

And then, I began to realize that although she wasn’t exactly the same friend I had spent so many wonderful times with – she was nonetheless my friend.

I know there is an unspoken vibe for some that know me.

I know that at this moment there is a new ‘old’ me.

I also know that soon, with just a little more time and healing – there will no longer be new and old – I will just be me. 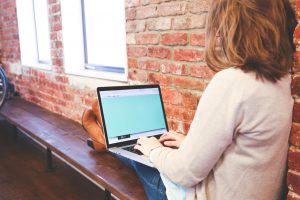 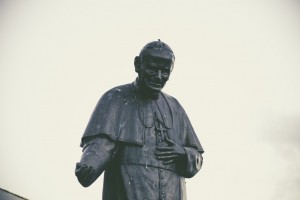 Are You a Spiritual or Ritualistic Catholic?
archives most recent
More from Beliefnet and our partners
previous posts