The 6 Essential Ingredients of a Disrespectful Communicator

There are many individuals who are otherwise polite and respectful, until conflict occurs. The conflict is what can turn a typically respectful person into a disrespectful communicator. In other words, the typical conversations and interactions are no problem, but a controversy or conflict could turn into an argument.

The normally respectful person turns emotional and loses their ability to communicate well. Thus, making conflict
resolution extremely difficult. It can also turn a minor issue into a major argument.

Control: Disrespectful communicators feel the need to be in control. They can’t let go long enough to realize that another person having a different opinion or expressing that something bothers them or hurt them is not the end of the world nor is it a personal affront to them as an individual.

Defensive: Disrespectful people are defensive. They see conflict as a threat rather than a reality of any relationship and it needs to be addressed and resolved.

Insecure: It takes great confidence to be wrong. Disrespectful communicators lack the confidence to let go of their ego/need to be in control and have the ability to accept responsibility for their part in the conflict.

Ego: Disrespectful communicators lead with their ego. It is a world with their own particular world view so when conflict arises it is difficult for them to resolve it because they believe that their opinions and views are the correct one and this prevents them from seeing the other persons perspective or allowing the other person their truth. It also prevents them from acknowledging and admitting that they may have hurt, disappointed or rubbed another person the wrong way.

Please note that this column is the first in a 3 Part Series:
The 1st Column is titled: The 6 Essential Ingredients of a Disrespectful Communicator
The 2nd Column is titled: 6 Signs a Person Is Capable of Loving You Unconditionally
The 3rd Column in this series is titled: Is the Person You Love Sending You Mixed Messages? 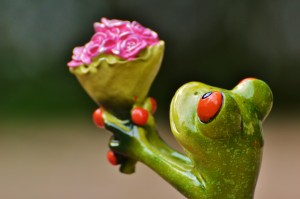